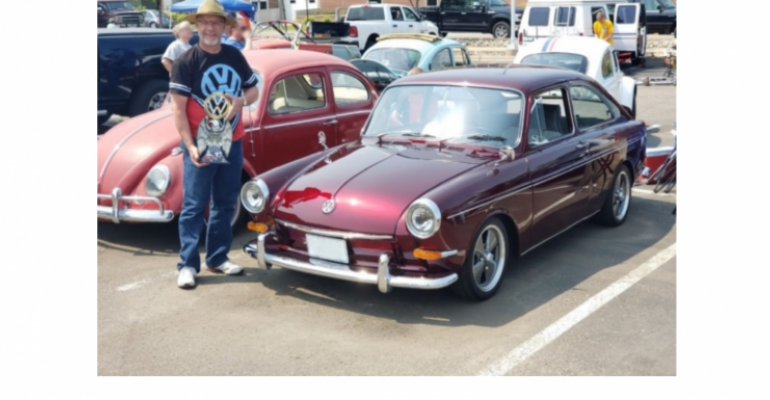 The car’s past owner had used it as a farm vehicle to round up cattle, leaving both doors and the nose of the car damaged. The engine’s cylinder heads had been severely damaged after a mouse nest caught fire.

After taking a beating while herding cattle and moldering in a barn for some 20 years, a Volkswagen Type 3 fastback has been reclaimed and restored by its original owner’s son.

Lynn Pfenning’s father bought the Type 3 for $2,200 in 1967 after his ’65 VW Beetle was totaled in a collision with a cow in rural North Dakota.

“Growing up, my job every Saturday was to wash and detail the family car before church,” Pfenning says in a Volkswagen news release.

Eight years later, his dad sold the car to a local farmer who gave it to his son, a friend of Pfenning’s who drove it to and from school. After the friend graduated from high school, the Type 3 was used as a utility vehicle for several years before being stashed in a barn for approximately two decades.

Lynn Pfenning went on to trade school, trained as a construction electrician and eventually spent 20 years working in an auto plant. “Over the years, we may have gone our separate ways, but I always kept track of that car,” he says of his father’s Type 3. “I would check in every five or some years to see if he was willing to sell me it.”

A call Pfenning made to the owner in 2013 earned him an invitation to negotiate a price. The owner, with a nudge from his wife, not only relented but also let the fastback go for a fraction of the asking price.

“Before he had a chance to change his mind, I handed him the cash and away we went,” the son says.

The car was anything but road-ready.

The past owner had used it as a farm vehicle to round up cattle, leaving both doors and the nose of the car damaged. Some panels were filled with several inches of putty. The engine’s cylinder head had been severely damaged after a mouse nest caught fire. The windshield gaskets had failed, deteriorating the floorpan and transmission deck.

The total restoration, along with custom additions, would eventually run Pfenning nearly $40,000. To help pay for the job, he worked late shifts, overtime, during shutdowns and covered co-workers’ vacations. He also devoted 10- and 12-hour days on weekends to repairs and bodywork.

“I cut out all the rust and replaced it with new metal. All the nuts and bolts were replaced or refurbished,” he says.

The owner of two collectible cars including a vintage Beetle, Pfenning told the mechanic he worked with during the restoration process he wanted to do the dirty work and learn about everything being done. “He was more than happy to let me tear out all the rat-infested parts, grind paint, rip out of all the moldy, stinky interiors and rust.”

Pfenning rebuilt the engine to 1.8L from the stock 1.6L and installed a custom tweed interior. All the brightwork was new or reconditioned. The final step was replacing the car’s original Brunswick Blue paint with Candy Brandywine, a popular color found on 1930s-era hot rods.

“I was so far into the project there was no use in cutting corners,” Pfenning says.

After completing the 4-year restoration project in July 2018, Pfenning entered it in the North Dakota State Fair, where it was honored as best antique car. To celebrate, he invited his father, then 83, to ride in the parade with him.

“He couldn’t believe it was the same car,” Pfenning says. “He smiled the entire parade – which lasted nearly two hours – yelling, in his distinct German dialect, ‘It’s a Volkswagen, and I bought it brand new!’ He was so excited.”

Pfenning has entered the car in several competitions and received more awards since then. But he says his father’s reaction to riding in his original Volkswagen was the top prize. “Sharing this experience with him … has made every penny worth it,” Pfenning says. 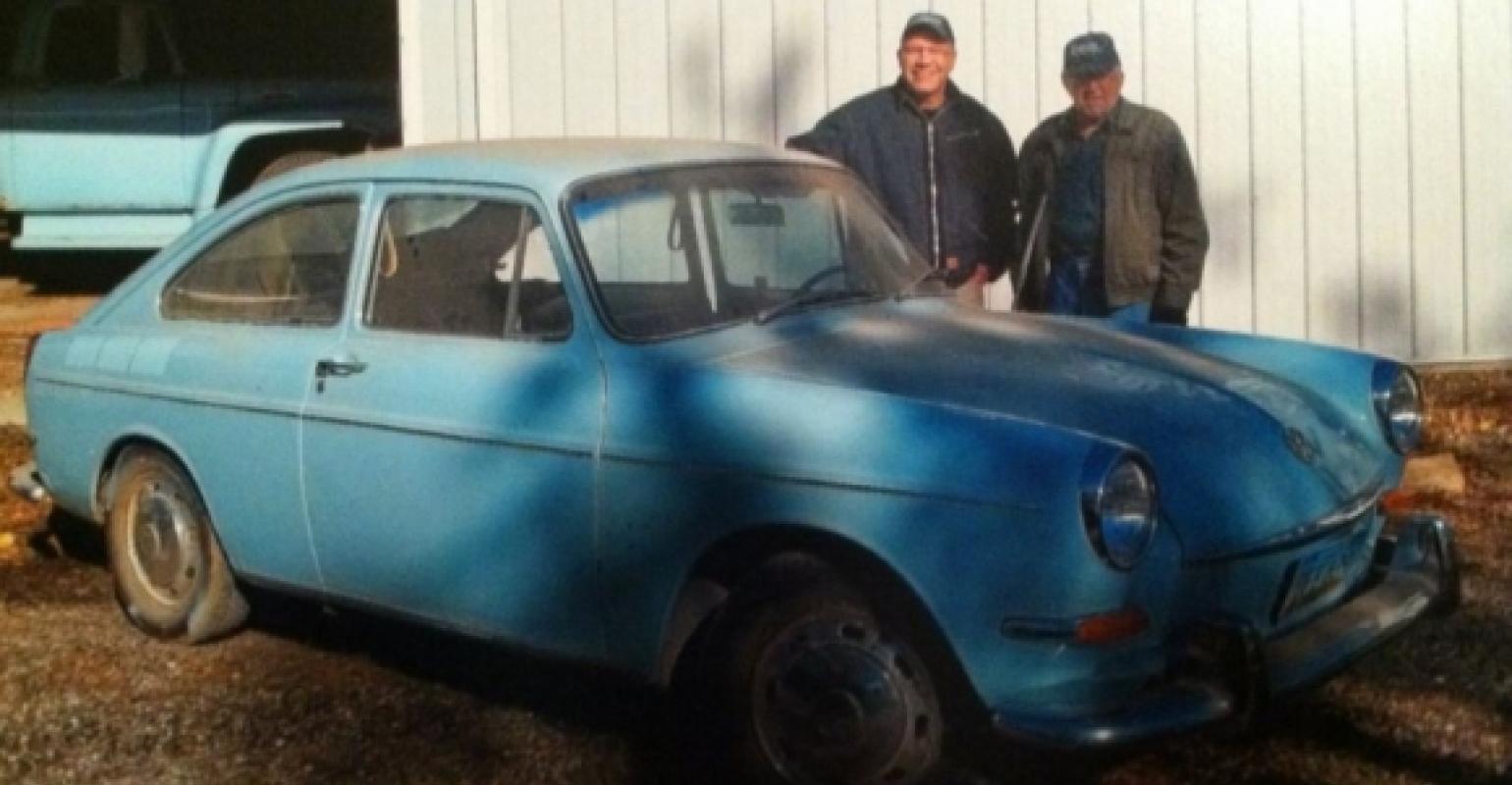