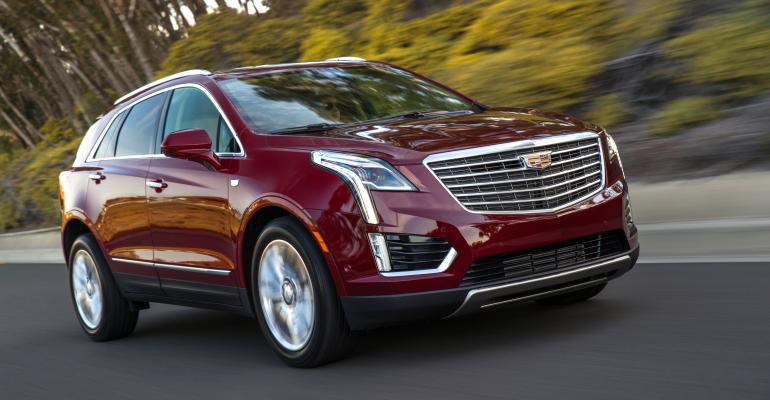 GM now has capacity to build 5 million vehicles in China, and it expects to need every one of those units. &ldquo;Our outlook is pretty optimistic,&rdquo; says market chief Matt Tsien.

GM China currently is putting the finishing touches on a 3-year, $11 billion capacity-expansion program that saw plants completed in Wuhan and Liuzhou in 2015 and a new Shanghai facility launch production of Cadillac CT6 and XT5 models earlier this year.

With those moves, GM believes it now has the capacity in place to meet its volume objectives through the end of the decade.

The target? To match or outpace the 3%-5% growth rate of the market overall, which is expected to equate to an additional 1 million units annually over the next five years.

“Our (industry) outlook is pretty optimistic,” Tsien tells media during a roundtable discussion at GM headquarters here. “Between 2015 and 2020, we expect an additional 5 million units or more of growth. (That’s) significant.

“It also means growing about one Australia every year,” he adds, pointing to the 1 million units in annual new-vehicle volume there. About 80% of the China-market expansion will come from the SUV, MPV and luxury-vehicle sectors, he says.

“We believe we have the right entries in (those segments),” Tsien says. “And we’ll have more as we go on.”

GM says the new Wuhan plant already is running at full capacity building the Buick Excelle GT, as is the Liuzhou operation producing the Baojun 560 and 730 models. With those two facilities and the new Cadillac plant, GM China says it has annual 3-crew/3-shift capacity for 5 million vehicles.

“The capacity we put in place will enable the growth we’re talking about,” Tsien says, acknowledging there is some overcapacity in China industrywide, “but not for us.”

“What we sold in China (last year) was far more than the (total) industry volume in the year 2000,” Tsien says.

China’s market slowdown – sales are increasing, but not at the double-digit rates enjoyed earlier in the decade – is driving down prices some 3%-5% as competitors seek to hold onto their market shares.

But countering that trend, and similar to what’s happening in the U.S., average transaction prices are rising as consumers, particularly those in China’s Tier 1 and 2 markets where buying power is at its highest, load up on options.

“Vehicles tend to be quite well-contented,” Tsien says, identifying infotainment systems, air conditioning, power door locks, traction controls and airbags as among more popular items. “Our mix has been enriching.”

That trend is helping drive luxury-vehicle sales, as well, which GM projects will continue to grow at double-digit rates for the next several years.

“This is why Cadillac is such a great opportunity for us,” Tsien says, adding it is possible China will become Cadillac’s biggest market within five to 10 years. Last year, the brand sold 85,443 units in China, according to WardsAuto data, about half the volume it achieved in its home market.

To keep things rolling overall, GM China is launching 13 new or revised models this year, part of a plan to launch 60 new or updated vehicles between now and 2020, 40% of which will be SUVs and MPVs. This year’s crop includes the Cadillac CT6 sedan and XT5 CUV and revised Chevrolet Malibu, all now on sale.

Tsien says the aggressive new-product schedule hampered GM sales in the first quarter, which reached 964,000 units, a gain of less than 4% that trailed the industry’s 6% growth pace.

“Some of what we saw in the first quarter, especially in March, was related to some of our product changeovers,” he says. “April so far is shaping up to be a pretty good month.”