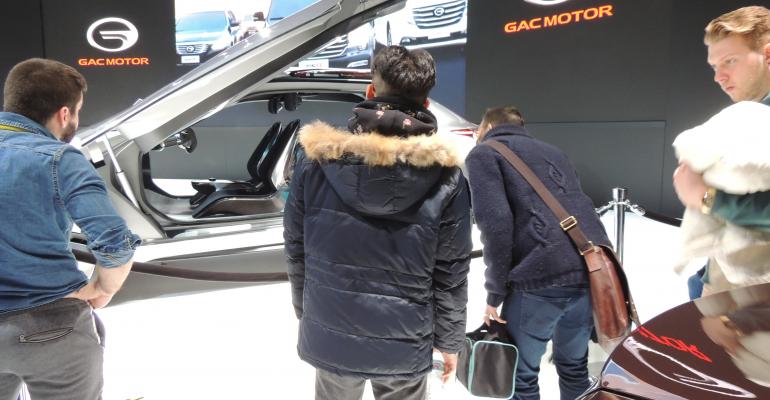 Some Americans More Likely Than Others to Buy Chinese Cars

Chinese brand awareness is practically non-existent among U.S. consumers, according to an Autolist survey.

If and when Chinese automakers enter the U.S. market – after years of false starts – they will find some consumers more likely than others to buy their products.

That’s according to an Autolist survey of 1,565 in-market shoppers. Overall, 35% said they would not consider buying a Chinese brand vehicle, 28% would and 37% aren’t sure.

Owners of American vehicles were the least likely to consider a Chinese vehicle; owners of Korean vehicles, the most likely.

The most cited reasons for not buying one were reliability (24%), safety (21%) and lack of an established dealer and service network (15%).

Forty percent of respondents cited price as the most compelling reason to buy a Chinese vehicle; 18% mentioned technology and 15% safety.

For years, Chinese automakers have eyed the lucrative U.S. market. Some have heralded plans to take the plunge, only to see their prospects sink amid low brand awareness, poor build quality and failure to meet U.S. safety standards.

Chinese brands GAC and Geely have announced plans to arrive in the U.S. in 2019 and 2020 respectively. GAC detailed its ambitions during an elaborate first-ever press conference at the Detroit auto show this year.

But that was before the Trump Admin. began levying tariffs on imports, a development that could complicate GAC’s U.S. plans.

Moreover, the first vehicle GAC wants to sell in the U.S. is a compact CUV. That’s a daunting challenge, because the newcomer would vie in a competitive market’s dog-eat-dog segment.