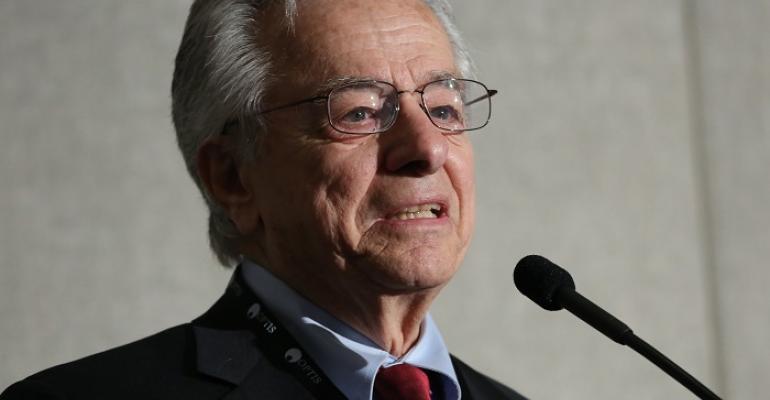 DETROIT – Imagine vehicle-interior surfaces that transmit heat or cold depending on what thermal imaging judges your body temperature to be.

Or an interior door panel that looks clean and unadorned, but actually is pressure-sensitive and just by touching it you can put windows down or up.

That scenario may not be so far out if the predictions of panelists at the 2015 WardsAuto Interiors Conference session on innovative materials come to fruition.

“In the future, our kids, maybe our kids’ kids, will be asking, ‘What do you mean a door panel was just a door panel?’” says Mario Enriquez, senior manager-new technologies at Johnson Controls.

At Johnson Controls, becoming Yangfeng Automotive Interiors in July, Enriquez oversees the development of smart surfaces, which the supplier sees as “the equivalent of adding function and value to everything that surrounds us when you climb inside the car.”

Not only could every surface in the vehicle become a display, but every surface could become pressure-sensitive, leading to the elimination of mechanical buttons that can buzz, rattle and need lubrication.

Essentially a carbon, graphene is touted as the next frontier in technology due to its strength and flexibility. It also is capable of conducting electricity and in automotive applications can be combined with nanoscale plastic fillers that would replace conventional, relatively heavy fillers like calcium carbonate and talc, Eller says.

Meanwhile, he says there are several areas inside vehicles that are ripe for lighter materials, including the headliner, seats and door panels.

Because it’s high above the center of gravity, Eller sees the light-weighting of headliners as a future focal point as automakers work toward a 2025 CAFE standard in the U.S. of 54.5 mpg (4.3 L/100 km).

Polyolefin foams, he says, can reduce headliner weight and also have the positive side effect of quelling buzzing, squeaks and rattles.

He calls seating “an intense battleground” because of difficult-to-replace heavy metal components. However, some progress is being made via metal-plastic hybrid pieces and sophisticated long-glass fiber engineering-plastic compounds, including glass fiber-carbon fiber hybrids.

SABIC used a carbon-fiber reinforced material in a 3D-printed vehicle made for Local Motors that was shown last year at the International Manufacturing Technology Show in Chicago.

Not only does it use lightweight resins, but 3D printing shortens the time between design and prototype stages, has no tooling expense and with it OEMs can easily explore variations in ergonomics and style.

“Our development guys at SABIC seem to always be asking for a bigger bench, they want a bigger injection molding machine, a bigger tool, a bigger something,” Wilson tells the crowd here. “This is like adding a socket wrench to your toolbox. It opens up whole new ways to solve problems or think about problems.”