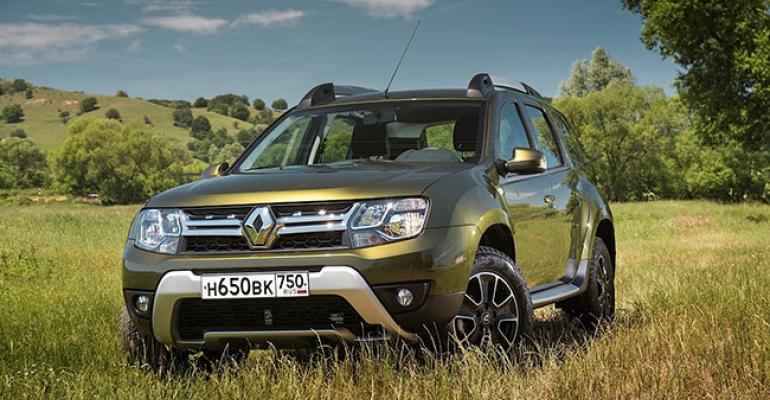 About 600,000 B-cars were sold last year in Russia and their market share, currently at 40%, is expected to grow. Among last year&rsquo;s best-selling models were the&nbsp;Lada Granta&nbsp;built by local automaker AvtoVAZ, the Hyundai Solaris and Kia Rio.

ST. PETERSBURG – Russians still want new cars, but the country’s ongoing economic difficulties are forcing many buyers into the lower end of the market, Ministry of Industry and Trade analysts report.

This trend has been under way since second-half 2015, when compact B-cars became the largest segment of the industry. About 600,000 of those models were sold last year and their market share, currently at 40%, is expected to grow, ministry data indicates.

Among last year’s best-selling B-car models were the Lada Granta, built by local automaker AvtoVAZ, the Hyundai Solaris and Kia Rio. AvtoVAZ, Kia and Hyundai were Russia’s three best-selling brands in January, according to WardsAuto data.

Sales of inexpensive Chinese cars have increased significantly this year and this trend likely will continue, the analysts say. Among the few brands showing year-on-year sales increases in January were China’s Dongfeng, Lifan and Zhejiang Geely.

Russians last year bought 540,000 CUVs and SUVs including the Renault Duster, which became the country’s best-selling CUV. Utilities’ 36% share of the market is expected to decline in coming years, while sales of luxury vehicles should remain stable because of their traditionally loyal client base.

Porsche and Lexus sales, for example, increased 60.3% and 57.2%, respectively, in January compared with a year earlier, WardsAuto data shows.

A Porsche Russia representative says the company is seeing high demand for both its flagship Cayenne SUV and its recently launched Macan diesel compact SUV.