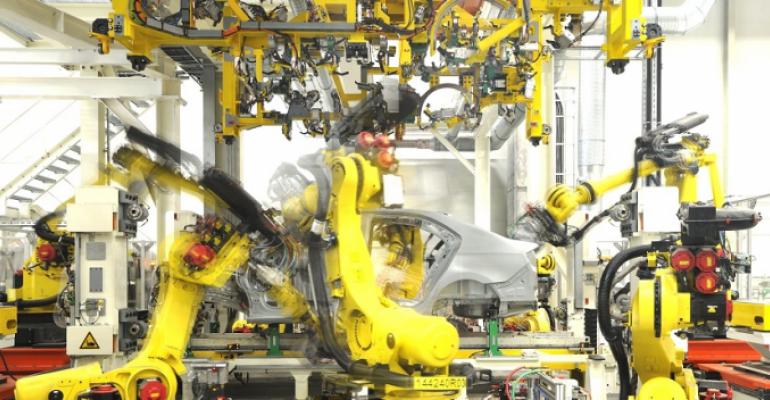 Skoda plans to boost sales of its Octavia hatchback/station wagon&ndash; the company&rsquo;s best seller in Russia, accounting for 20% of sales&ndash; as well as the CUVs that have held up well despite the overall market&rsquo;s lagging performance.

ST. PETERSBURG – Skoda steps up its expansion in Russia by adding to its product lineup and further localizing production.

Ian Prochazka, head of Skoda Russia, the Russian subsidiary of the Volkswagen-owned small-car brand, says the automaker expects to exceed 2016 sales as the local market continues its slow recovery and consumer demand rises.

An example of this market adjustment is Czech Republic-based Skoda’s decision to stop selling its Fabia compact hatchback in Russia mainly due to stagnation of the segment there.

Instead of the Fabia, Skoda plans to put more effort into boosting sales of its Octavia hatchback/station wagon – the company’s best seller, accounting for 20% of sales – as well as the CUVs that have held up well despite the overall market’s lagging performance.

The new-generation Octavia will be assembled at Skoda’s plant in Nizhny Novgorod. The vehicle is priced at RR940,000 (US$16,745).

Skoda in June will launch sales of its Kodiaq, a 7-seat CUV, in Russia. The vehicle initially will be imported from the Czech Republic, with production shifting to either Kaluga or Nizhny Novgorod in 2018.

Skoda is looking to the new Octavia and Kodiaq models, as well as the launch of sales of the new-generation Rapid sedan, to revive sales that have significantly slowed in recent years. Russian Ministry of Industry and Trade analyst and some private industry-watchers blame the decline on faltering demand for the Yeti compact CUV.

The automaker will continue offering the slow-selling Superb in Russia, although there are no plans to build the fullsize sedan in the country.

Skoda’s share of the Russian market currently is 3.7% to 3.9%. But the automaker is expecting better sales not only in Russia but also in export markets including the European Union.