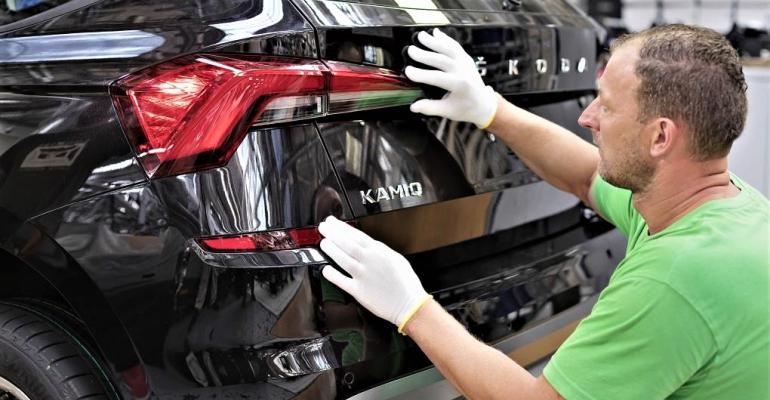 The compact Kamiq is targeting the entry-level urban market.

Aiming to tap into Europe’s continuing growth in demand for small urban CUVs, Skoda launches production of the Kamiq, its new compact crossover.

The first Kamiq has rolled off the production line at the brand’s main Czech Republic plant in Mlada Boleslav. The compact city CUV is targeting the entry-level urban market. The car joins several other models built at Mlada Boleslav, including the Octavia, Fabia, Scala and Karoq.

Skoda says it has invested approximately €100M ($112 million) in the plant to manufacture the Kamiq. The production line for the MQB27 platform has been adapted and new press tools have been produced.

Fundamental changes were made in the paint shop, body shop and final assembly and, additionally, details were modified such as to aid assembly of the new split headlights with LED technology.

The Volkswagen subsidiary says the plant is building 400 Kamiq models each day.