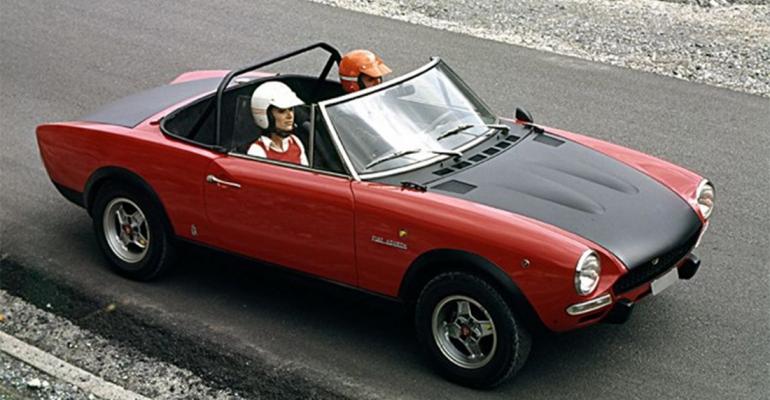 Shift to Fiat for Roadster as Much Business as Brand Decision, Sources Say

The small size of Alfa&rsquo;s worldwide dealer network means it is unlikely FCA would have been able to purchase enough vehicles to make the supply deal work for Mazda.

GENEVA – Fiat Chrysler Automobiles’ decision to use its collaboration with Japan’s Mazda to broaden the lineup of its Fiat brand, rather than its Alfa Romeo channel, likely means the return of the Fiat 124 Spider late next year.

FCA CEO Sergio Marchionne said at the auto show here the decision to pull plans to spin an Alfa from the next-generation Mazda MX-5 Miata architecture had to do with not wanting to produce Alfas outside Italy, but insiders say there are compelling business reasons to make the switch to Fiat.

The joint-venture deal, finalized in late 2012, called for Mazda to supply Miatas, rebadged as the Alfa Spider, from its Hiroshima, Japan, plant beginning late 2015. The Alfa was to have distinct styling and utilize its own powertrains.

Since then, FCA has decided to ensure all Alfas are built in Italy “because there are some things that belong to a place,” Marchionne told reporters at the auto show.

But insiders say the decision to switch brands may have more to do with production-volume commitments than branding philosophy. The small size of Alfa’s worldwide dealer network means it is unlikely FCA would have been able to purchase enough vehicles to make the supply deal work for Mazda.

As a result, Marchionne is asking designers to recast the new roadster with a Fiat flair. Having a roadster in the lineup should help appease U.S. Fiat dealers, which have had only a limited number of models to offer buyers.

Some sources say an Abarth version could be an option as well, though the performance brand doesn’t have the level of presence in some markets that would ensure such a car’s success.

The original Sport Spider was designed and produced by Italian coachbuilder Pininfarina from 1966 to 1985. It was powered by a 1.4L twin-cam, twin-carburetor 4-cyl. mated with a 5-speed manual transmission.

The decision to pull the Mazda-based product from Alfa indicates the brand’s product-development activity continues to be in flux as the deadline nears to solidify its lineup strategy. Marchionne is promising to roll out details of FCA’s latest business strategy in May.