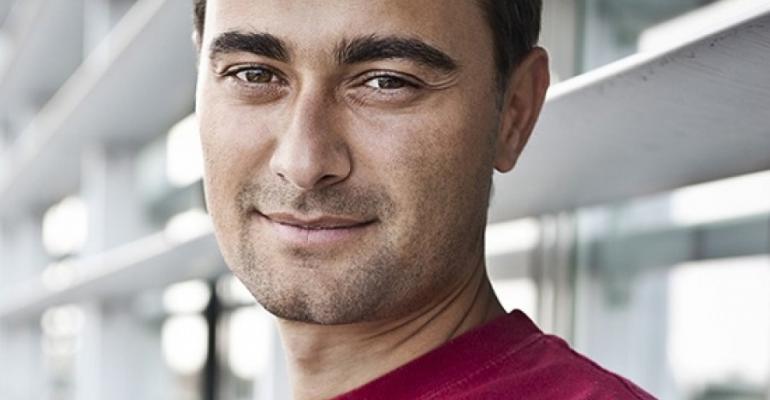 Self-Driving Cars Will Save Lives But Require Reprogramming Nation

That the&nbsp;majority of Americans still fear autonomous-vehicle technology means transforming their habits and reprogramming a nation.

The 1990s science-fiction fantasy “Total Recall” featured an autonomous vehicle called the “Johnny Cab.” Hollywood’s prediction of small and box-like automobiles controlled by robot chauffeurs are a world away from the self-driving cars that very soon will become a reality.

Recent federal autonomous vehicle guidelines put autonomous vehicles (AVs) one step closer to becoming a consumer commodity. While major manufacturers prepare their individual fleets of self-driving cars, they emerge free from the robotic driver of Hollywood’s predictions. And as we transition to a fully autonomous experience, there is little call for the steering wheel, pedals or, in fact, any human touch points.

This raises major ethical questions. Giving full control to AVs could reduce automotive accidents by 90%. But the majority of Americans still fear this technology means transforming their habits and reprogramming a nation. To save lives, these vehicles will need to make decisions that are in essence human. This raises a big moral dilemma and the need for new legislation. How are they going to do this?

It’s estimated that 95% of American households own a car and 85% commute to work in their cars. Nationwide efforts to break this habit and create safer roads have resulted in a rise in alternatives. We’ve seen improvements in city transportation and a rise in on-demand ride-sharing services and incentive schemes. There are faster lanes for vehicles with more riders at peak travel times, known as high-occupancy vehicles (HOV), aiming to reduce traffic congestion and pollution.

This was the trigger for the on-demand phenomenon Uber, initially conceived as a high-end timeshare service for urbanites unsatisfied by San Francisco’s taxi shortage. The goal was to use GPS location data to help drivers find passengers along their routes and get into the faster lane. Today UberPOOL takes this collaboration to a new level, offering reduced fares for group rides.

Efforts to change the attitudes of a large portion of the population have worked to a degree. A combination of a lack of time, high vehicle maintenance costs and alternative transportation options have driven a decline in people with a driver’s license, particularly among the younger generation. Yet road deaths continue to increase and vehicle sales are at record highs.

In 2015, the U.S. experienced the largest increase in road deaths in half a century, with 4.4 million injured and 38,300 killed. That same year U.S. auto sales broke records with over 1.6 million new vehicles manufactured on U.S. soil.

Now car manufacturers are turning to an alternative solution, the autonomous vehicle, and asking people to get on board with the driverless car brings up a new set of challenges.

Self-driving cars have been heralded as the future of road safety and key to saving millions of lives. Major international manufacturers including Ford, GM, Toyota, BMW, Volkswagen, Baidu and, of course, Tesla each are perfecting their own versions for release in the next two to five years. But there are a number of barriers manufacturers, consumers and legislators will need to overcome first.

The first taste of this technology has been through the driver-assist programs and sensor technology that measures and alerts drivers to potential external dangers. These systems still require human controls, with human decision-making at the wheel. But we are moving quickly to realizing a fully autonomous vehicle equipped with autopilot crash-avoidance systems and zero human intervention.

In June, a Tesla crashed in autopilot mode and marked the first fatality in a self-driving car. The vehicle was equipped with an advanced driver-assistance system. This semi-autonomous software still requires drivers to keep their hands on the wheel and remain alert.

Nevertheless, the reaction was one of increased fear and huge confusion in the industry. Tesla relies on front-facing cameras, radars, ultrasonic sensors and GPS to detect and avoid obstacles on the road. Google’s spinning Lidar (light detection and ranging) technology, created by Chrysler and used on experimental AVs from Nissan, BMW and Apple, is an alternative some claim would have picked up the laterally crossing vehicle and prevented the Tesla crash. Tesla since has revised the driver-assistance program, relying primarily on radar sensors in place of camera images. But company founder Elon Musk warns that while this massive enhancement may well have saved the driver, “perfect safety is really an impossible goal.”

As manufacturers race to develop their own solutions it is important for consumers to understand the nuances in these detection systems, but this is just the beginning. In programming a vehicle to make decisions, there also are serious ethical concerns to be addressed.

A woman with a baby steps suddenly into the road. The only path to avoid them is to drive into the sidewalk, hitting a tree and killing the passenger of the driverless car. How can an algorithm select the best course of action in life-or-death scenarios such as this? As MIT researchers investigate human responses to educate computers about decision-making, who will be the ones to dictate this? Car makers, AV manufacturers or legislators?

One of the biggest questions will be who is responsible when an AV crashes. Federal regulators have not yet issued nationwide regulations, and so it has fallen on states to regulate the AV and revise existing statutes. For instance, can vehicles be left unattended, do they require that passengers have driver’s licenses and must the driver maintain at least one hand on the wheel?

As the first state to legalize the fully self-driving car, Florida is creating new state laws that may well be the model for national development. Alternatively, this could also mean competing legislation across state lines, and a minefield of complexities that are amplified by international variations. If Baidu creates a fleet of self-driving cars built in China for U.S. roads, it will need to comply with national or even state regulation. Likewise, once Uber’s AVs take off they will need to take into account any variations required for global expansion.

The emergence of the driverless car is set to transform the auto industry, redefine the jobs of millions and directly impact the economy. Disruption is coming from all directions: the carmakers, parts manufacturers, the AV operators, scientists and academics. There is huge competition to create the best self-driving vehicle and all the components and applications within it at the lowest price. Ultimately, these cars are designed to appeal to the consumer as a branded commodity.

Under all this pressure the biggest decisions will go to the consumer to make educated decisions. We’re talking about uncharted territory, a world of reduced road congestion and collisions and big ethical questions, far from the Sci-Fi fantasy we might be more comfortable with.

Michal Stencl is the founder and CEO of Sygic, an advanced navigation application.