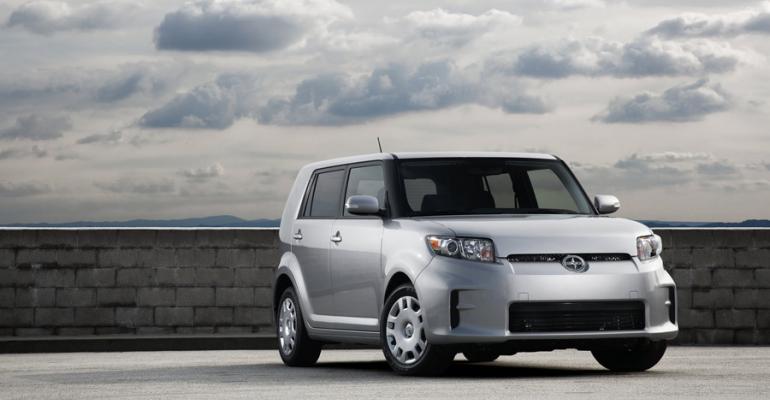 <p> <strong>Second-gen xB not as successful as original.</strong></p>
Industry News

Harkening back to the original brand tenet of &ldquo;one-and-done&rdquo; models, Scion won&#39;t carry over the names of the xB and xD and likely won&#39;t replace them with another box and hatchback, the brand&rsquo;s top executive says.

"We don't have plans for a direct xB or xD replacement," Jack Hollis, vice president-Scion says in an interview during a Scion FR-S media drive here.

Harkening back to the original brand tenet of “one-and-done” models, Scion won't carry over the names of the xB and xD, and it likely won't replace them with another box and hatchback, he says.

The xD, launched in 2007, has seen just one generation and the xB two. Reviews of the second model, also last new in 2007, have been less positive than the first generation that still is beloved by Scion enthusiasts. Sales have fallen as well.

Scion hopes for lightening to strike twice with a market replacement that is just as sought-after as the first xB, Hollis says.

"When (the) xB came out, it was really that first box," he says. "Not only was it iconic, but it was looking at the market and finding a space where there was a unique opportunity. That's what Scion is looking to do again."

Replacement models for the xB and xD either will be groundbreaking or something the industry hasn't seen in awhile, Hollis says, pointing to the new FR-S rear-wheel-drive sports car as an example of the latter philosophy. Along the same lines, Scion continues to study a compact-pickup truck, he says.

"It's clearly a hole in the industry," he says. Scion is trying to come up with a truck that would not overlap the Toyota Tacoma and be more affordable.

However, a production version of the Toyota A-BAT hybrid midsize pickup concept is a non-starter, because its price- would be on par with the Tacoma’s, Hollis says.

Timing for the xB and xD replacements is unclear, although neither are expected this year or next. Scion will stop selling the xD before the xB, he says, and is not planning to launch their replacements at the same time.