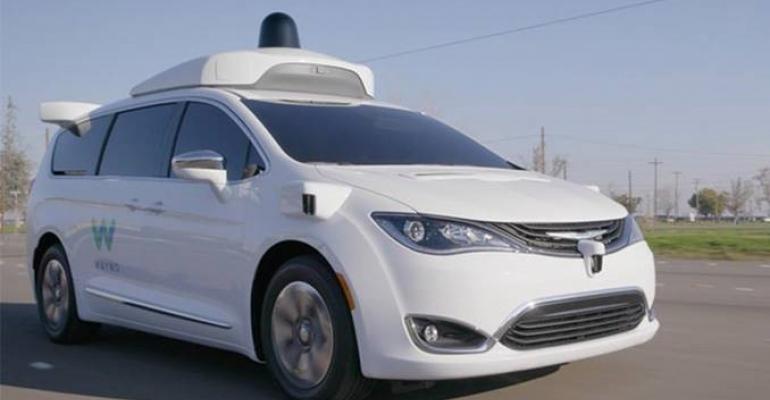 The South Korean company &ndash; interested in augmenting autonomous vehicles but not building them &ndash; has done &ldquo;recent work&rdquo; testing autonomous tech components at the former site of Castle Air Force Base in California, which closed in 1995.

After acquiring several autonomous vehicle tech startups and establishing a $300-million fund to spur connected and autonomous innovation, Samsung Electronics is confirmed as the second autonomous tech developer to begin operations at a planned hub for high-tech automotive research in Central California.

The South Korea-based company – interested in augmenting autonomous vehicles but not building them – has done “recent work” testing autonomous tech components at the former site of Castle Air Force Base, which closed in 1995, confirms Mark Hendrickson, director of community and economic development for Merced County, which is spearheading the project.

So far, Samsung has managed to go virtually undetected at the tech center, compared to the first automotive tenant, Google subsidiary Waymo, which has drawn continued media attention since 2014, when it carved out 91 acres (37 ha) of Castle real estate into an exclusive testing area.

Sometime this year, both Waymo and Samsung likely will get a boost in exposure when the county and lead project designer GLDPartners ramp up marketing the 300-acre (121-ha) California AutoTech Testing, Development and Production Campus, which encompasses the independently run Waymo component.

It is part of the 2,000-acre (809-ha) Mid-California International Trade District at Castle, a $1-billion multimodal industrial manufacturing and logistics development that Hendrickson says will eventually provide an estimated 10,000 on-site jobs.

Hendrickson tells WardsAuto that while buildout of the full industrial facility is expected to take an estimated 20 years, the site is “on the verge” of meeting industry needs “in months not years.”

Project planners envision the automotive campus, approximately 80 miles (129 km) east of California's Silicon Valley, will “meet the needs of all levels of the auto industry, from OEMs to suppliers and other vendors,” he says.

Once the home of the U.S. Air Force’s B-52 bomber program, the Castle Air Base site maintains an underutilized business park as well as a general airfield that can accommodate large cargo transports and is currently used by alternate energy and aerospace research outfits.

Adam Wasserman, principle at GLDPartners, says Castle is connected to two major railroads and in close proximity to two major north-south highways and four regional airports, as well as the ports of Oakland and Los Angeles, the latter with which Merced County recently signed an agreement to invest in and enhance trade opportunities and distribution channels.

The latest numbers from the Alliance of Automobile Manufacturers show the auto industry supports over 380,000 jobs in California, generating nearly 2.1 million new car sales, or, $67.3 billion in total car sales.

“With, obviously, research and science and engineering, taking place so close to where we’re located...we are well-poised to really represent the epicenter of what this industry could look like in future years,” Hendrickson says. “This absolutely can serve as a catalyst for California to assert itself as the leader in this industry.”