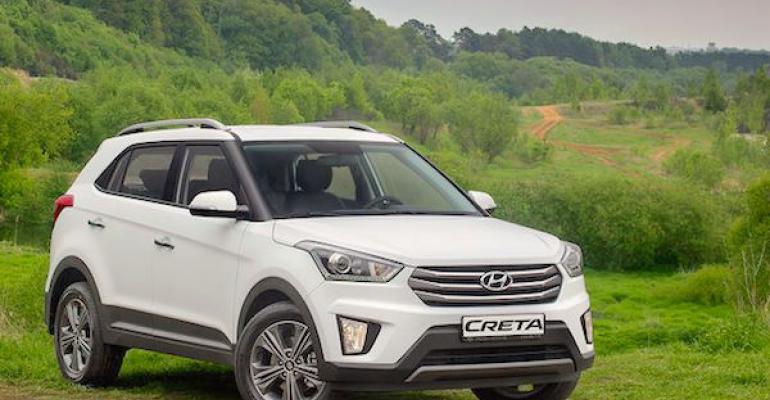 Production is running below 50% of capacity in response to a sales slump dating back to 2012. Light-vehicle deliveries fell just 2.5% in October but were down 13.2% during the year&rsquo;s first 10 months, according to WardsAuto data.

ST. PETERSBURG – A Russian government official predicts revisions to state support will result in a 7% increase in car production in 2017.

Underutilization is among the ongoing problems facing the country’s depressed auto industry. Statistics indicate that, despite total annual capacity of 3 million vehicles, actual production ranges between 1.25 million and 1.3 million.

The low output in parts is a response to a sales slump dating back to 2012. Light-vehicle deliveries fell just 2.5%  in October but were down 13.2%, to 1.15 million units, during the year’s first 10 months, according to WardsAuto data.

The amount of state support for each segment of the country’s auto industry will be based on its performance in 2016, Industry and Trade Minister Denis Manturov has said.

State subsidies this year will total RR60 billion ($950 million) and are expected to remain at that level in 2017.

Domestic and foreign automakers operating in the country favor the state’s stimulus programs but say support for global manufacturers is a key to stabilizing the market.