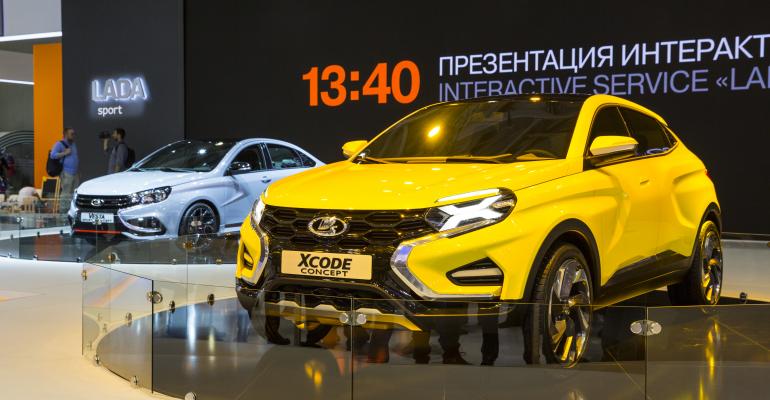 Overall, the company plans to launch the production of eight new models, with another eight to be updated by 2025.

As part of these plans, the company will launch production of a new compact-class sedan as well as a C-segment CUV.

AvtoVAZ also says its Lada model range will be expanded with new B-segment models, including a sedan, CUV and SUV.

Overall, the company plans to launch the production of eight new models, with another eight to be updated by 2025.

AvtoVAZ President Nicolas More says production of the new models will launch within the next 2-3 years.

The automaker has particularly high hopes for the Lada Xcode CUV presented in concept form in August at the Moscow auto show. Serial production of the new model should begin in the next 3-5 years. The model may be built on a platform provided by the Renault-Nissan Alliance and use a 1.4L turbocharged engine designed by AvtoVAZ engineers.

This year the company plans to introduce two models to the Russian market, a Lada Vesta wagon and Cross CUV.

AutoVAZ is hoping the new models will help it control 25%-30%  of the Russian automotive market in coming years, compared with the current 20%. Last year the company was able to increase its market share 8% from 2015 levels.

In 2016 AvtoVAZ production in Togliatti amounted to 416,000 units, of which 300,000 were Lada cars. Besides Lada, the 1 million-unit-capacity plant produces cars under various Renault-Nissan alliance.

“This year the company plans to increase its exports by 50% up to 30,000 cars,” says Jan Ptacek, executive vice president-sales and marketing for AvtoVAZ. “A significant part of exports will (go to European Union) states, and in particular Germany and Czech Republic, where the demand for Lada cars has always been relatively high.

“Part of the exports will be directed to Asian and African states, and in particular such countries as Egypt and Lebanon.”

According to plans by top management of AvtoVAZ, the automaker expects to return to profitability next year and reduce production costs 20%. The savings will be invested in further development of the company, More says.