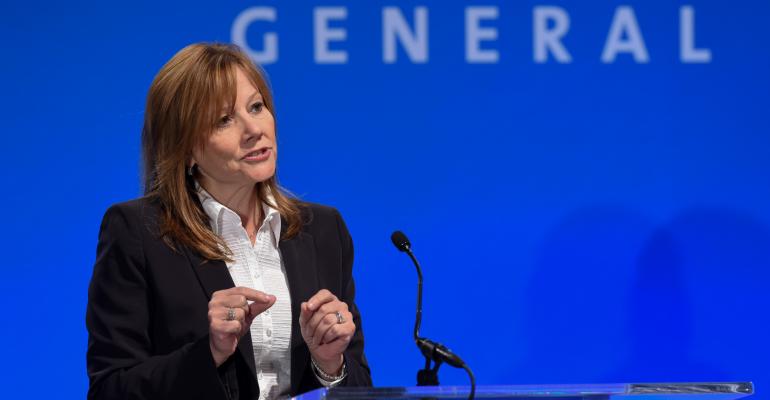 GM&rsquo;s weakness in Europe comes against an otherwise outstanding fourth-quarter financial report from the automaker. The period marked GM&rsquo;s 20th consecutive quarter of profitability since its 2009 bankruptcy.

The turnaround for General Motors’ Europe operations, which recently undertook a €4 billion restructuring bid, hit a roadblock in the final quarter of 2014 with the implosion of the Russian market.

The financial hit of roughly $200 million was not entirely unexpected, but reveals the tenuous situation GME and its Opel management team must negotiate to revive the longtime unprofitable unit. Without the impact of Russia on GME’s fourth-quarter result, the unit cuts its year-over-year loss to $200 million from $400 million.

But as it stands, GME loses another $400 million in the October-December period on the collapse of the Russia ruble and a light-vehicle market down 2.6% versus last year, according to WardsAuto data. GM’s LV sales in Russia in the quarter tumbled 33.9%.

GM Chief Financial Officer Chuck Stevens calls global currency exchange rates in 2014 “a significant headwind” to the automaker’s profitability, but one it managed to overcome in most regions through pricing adjustments. Russia’s ruble, which lost half its value against the U.S. dollar last year, does not support pricing action.

“That is the biggest concern we have thus far,” Stevens tells Wall Street analysts in a conference call. He expects Russia this year to sap another $200 million from GME, which took control of the region from GM’s international operations during a much rosier 2013 as a means of accelerating Opel’s turnaround.

Russia now appears to be a millstone around Opel’s neck and a potential hurdle to its goal of reaching profitability by 2016, a target its leadership recently admitted was in question due to regional economic difficulties.

In Russia, specifically, the conflict with Ukraine has resulted in economic sanctions from the West. Russia responded by limiting government purchases of vehicles from the U.S. and some European countries. It now appears Russia’s primary economic engine might be in jeopardy, as the U.S. and its allies ponder a way to funnel natural gas to Eastern European countries long beholden to Russia for energy.

To mitigate future losses in Russia, GM has taken a number of steps in recent weeks, including a 7-week shutdown of its St. Petersburg assembly plant beginning next month. The action reduced the plant’s workforce by 1,000.

GM also suspended wholesale vehicle sales to dealers for a period in December, vehicle prices were hiked, and GM hopes to soon locally source more than of 40% of its parts in Russia.

“We’ve been monitoring the situation, making the changes and decisions necessary to manage the business as the exchange rate changes, to make sure we’re doing the right thing for the business,” she said.

Other automakers have taken similar steps in Russia, where Renault-Nissan CEO Carlos Ghosn expects one-third of the market to vanish.

“It’s already pretty bad,” Ghosn told Bloomberg on Feb. 3. “With the forecast we have in 2015, we should be at the end of the tunnel, but we never know.”

GM’s weakness in Europe comes against an otherwise outstanding fourth-quarter financial report from the automaker. GM posted a net income of $1.1 billion, up from $900 million a year ago. Revenue totaled $39.6 billion, down from $40.5 billion in like-2013.

The period marked GM’s 20th consecutive quarter of profitability since its 2009 bankruptcy and was highlighted by record vehicle pricing in North America, record equity contribution from the automaker’s operations in China and a South American unit solidly back on track.

Barra says GM’s plan to raise its quarterly dividend payment 20% to $0.36 per share commencing in the second quarter further demonstrates the automaker’s comeback continues. GM also plans to make a record annual profit-sharing payments of up to $9,000 to UAW union members in the U.S.