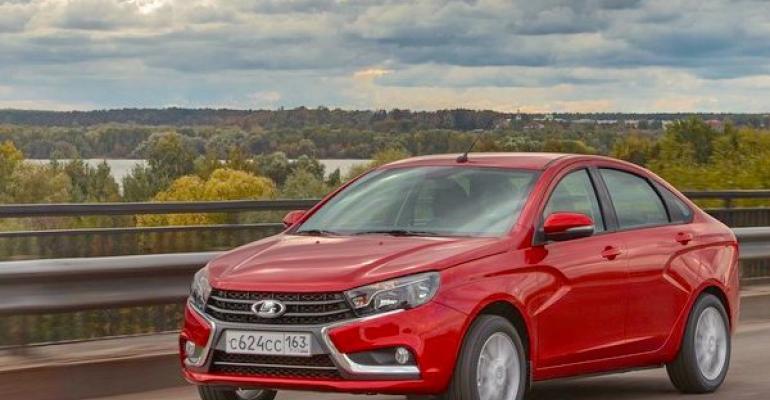 The proposed subsidies do not have unanimous support from the government. Officials with the Ministry of the Economy, for example, believe ongoing state support could leave automakers without incentives to cut costs or improve product quality.

ST. PETERSBURG  – Still in need of help as Russia’s economy recovers, the country’s auto industry may receive another round of government subsidies.

Under consideration is a plan to provide RR103 billion ($1.7) billion in assistance to both domestic automakers and foreign companies with operations within the country. The subsidies gradually would increase after first-quarter 2017.

Additional aid may come in the form of “first-car” and “family-car” incentive programs.

The proposed subsidies do not have unanimous support from the government. Officials with the Ministry of the Economy, for example, believe steadily growing state support could leave automakers without incentives to cut costs or improve the quality of their products.

Those officials instead say state support should be tied to execution of agreements on industrial assembly, growing exports and broadening the supplier base.

Analysts with the Russian Ministry of Industry and Trade say state support should focus on the industry’s current activities, rather than on its long-term competitiveness.

Those analysts also agree with their Economy Ministry that the government should make increasing both local parts production and exports priorities.

Government officials estimate Russia exported 60,000 vehicles in 2016 and is expected to ship 110,000 units overseas. Aided by devaluation of the ruble, major potential markets will be ASEAN countries and Latin America.

Meanwhile, suppliers complain the government still is under-funding R&D activities in the industry, forcing automakers to resort to Russian universities to conduct research.

Light-vehicle sales from January through November 2015 totaled 1.28 million units, a 12% decline from the same period a year earlier, according to WardsAuto data. Government analysts predict the state subsidies could spur growth to between 4% and 5%, to 1.5 million vehicles. However, Russia’s auto plants are running below 50% of their capacity.