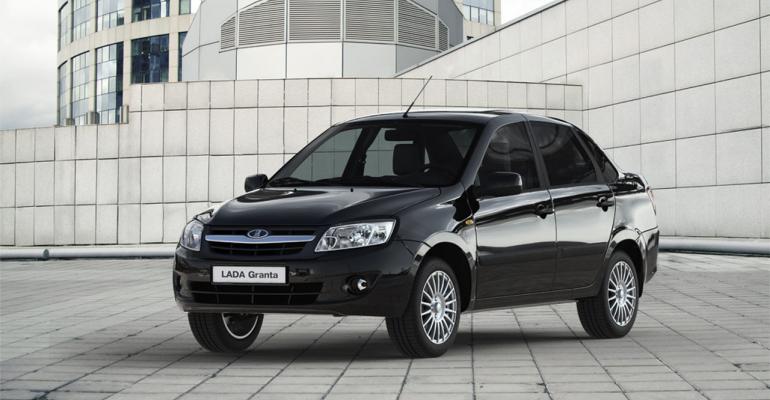 <p><strong>Lada-maker AvtoVAZ No.1 seller, despite 31% decline in volume.</strong></p>
Industry News

The subsidies are expected to help automakers avoid massive production cuts and retain jobs, as well as provide some relief on rising parts costs.

ST. PETERSBURG – The Russian government is increasing auto-industry subsidies 65% in 2016, according to an official statement from the Russian Ministry of Industry and Trade, meaning outlays could reach RR75 billion ($1.8 billion) this year.

The decision already has been approved by Russia’s Prime Minister Dmitry Medvedev.

The subsidies are expected to help automakers avoid massive production cuts and retain jobs, as well as provide some relief on rising parts costs.

A spokesman for Denis Manturov, Russia’s Minister of Industry and Trade, says the government support is needed to help offset escalating vehicle prices that have sent the market spiraling downward.

Of the total outlay, about RR5 billion ($120 million) will go toward subsidizing transportation logistics for vehicles bound for export markets. Both domestic manufacturers and foreign automakers operating plants in Russia long have sought such subsidies, contending the ongoing devaluation of the ruble is forcing them to rely more heavily on exports to keep local plants running.

Forecaster AEB predicts a 5% decline for the market this year. Automakers are considering further price increases this year, but hikes are expected to be less drastic than in 2015.

Russian Ministry of Industry and Trade analysts say vehicle prices in the country are significantly overestimated, with the majority of foreign automakers selling cars 40%-50% below the real market rate in order to maintain demand.

However if devaluation continues, most multinationals are likely to revise plans for further expansion in Russia or, like General Motors, leave the market altogether. Some could retrench by raising prices more dramatically, accepting the lower sales volumes that would result.