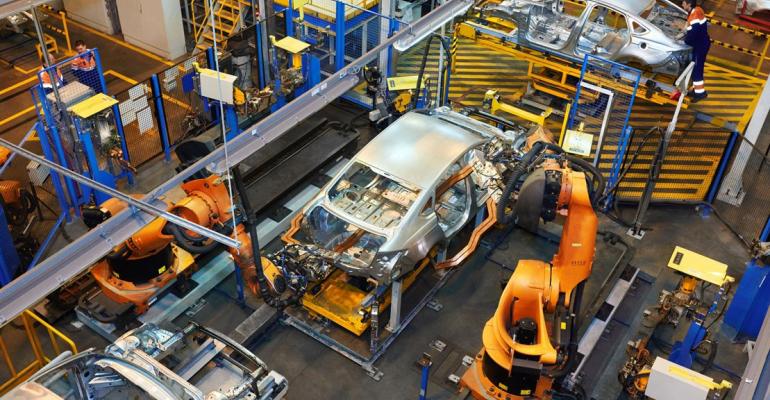 Russia to Ask Global Automakers to Step Up Local R&D

Industry and Trade Minister Denis Manturov says Russia plans to pattern its strategy after that of India, where European and U.S. automakers have opened more than 30 R&amp;D centers.

ST. PETERSBURG – Aiming to attract new investment in Russia’s auto industry, the government plans to begin negotiating with global automakers about expanding their R&D activities within the country.

According to Denis Manturov, Russia’s Minister of Industry and Trade, the country plans to pattern its strategy after that of India, where European and U.S. automakers have opened more than 30 R&D centers.

Under Russia’s plan, the centers initially would conduct specialized research into areas such as autonomous vehicles, after which they would be expected to be developed into larger innovation centers that would focus on the design and production of autos tailored to the local market.

The government is developing of a package of  incentives for global automakers that expand their R&D activities in Russia. These incentives likely will include significant tax breaks and financial subsidies, the amount of which will be announced later this year. Manturov says the largest amounts of state support will be earmarked for global automakers concentrating on developing new cars for the Russian market.

The plan includes determining requirements for the localization of R&D activities, taking into account the size of the automakersʼ investment, number of employees involved and other factors.

The government hopes the R&D centers will attract additional investment in the struggling Russian automotive industry, given the millions of dollars global automakers spend on research annually. Industry and Trade Ministry analysts estimate initial investment could range from $100 million to $120 million.

Automakers including the Renault-Nissan Alliance, Ford Sollers and  Volkswagen currently conduct limited R&D activity in in Russia. A Ford Sollers spokesman says its center already is involved in developing cars for the local market, as well as designing special versions of cars for domestic and export markets.