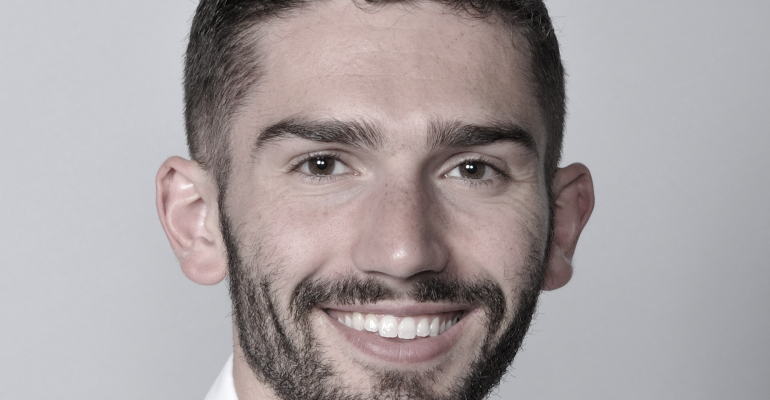 Longer-term loans are helping consumers buy cars now, but they could take their toll on industry profitability down the road if automakers and lenders don&rsquo;t find ways to reverse the trend in borrowing. 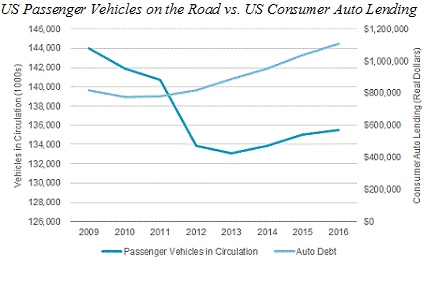 Note: Passenger vehicles in circulation and auto debt figures include 2-wheelers. Two-wheelers comprise approximately 5% of vehicles on the road and are not expected to significantly impact overall trends in the passenger-vehicle market. Commercial vehicles (e.g., fleet sales) are excluded. Sources: JATO, Euromonitor International

Despite automakers touting better-quality vehicles that last longer, the decreasing number of passenger vehicles on the road, combined with steady new-car sales, suggests automakers and lenders have become increasingly aggressive in driving sales. Morgan Stanley reports the percentage of subprime auto loan asset backed securities categorized as “deep subprime” (the riskiest category) has risen from 5.1% in 2010 to 32.5% today.

Auto lenders, burned by a credit crunch during the recession, gradually have relaxed their loan qualification requirements as the U.S. economy recovered. Moody’s reports auto lenders have allowed record levels of negative equity for both new- and used-vehicle purchases, which means outstanding consumer debt from previous vehicle purchases is snowballing instead of decreasing or even remaining steady at the time of their next purchase.

While automakers may benefit from increased sales in the short term, this vicious cycle, or “trade-in treadmill” as coined by Moody’s, is beginning to show signs of faltering: stagnating new-car sales, swelling inventories and declining used-car prices.

The U.S. seasonally adjusted annual rate declined to 16.8 million in April, and inventories were at their highest level for the month since 2004, according to WardsAuto data. The National Automobile Dealers Assn. noted the biggest drop in used-car prices in February 2017 since November 2008.

The good news for auto companies and lenders is the overall rate of auto-loan defaults is still relatively stable, which means there is an opportunity to course-correct before a credit crunch is inevitable. The S&P/Experian Auto Default Index is unchanged year-over-year and less than half of what it was in the depths of the recession.

Intelligent automakers and lenders must increase their conservatism now to protect themselves against a future car-credit bubble. Automakers, whose profitability depends largely on volume, should promote cheaper vehicles that consumers can afford by marketing less feature-laden models. Lenders, who increasingly have offered auto loans with lower interest rates but with long terms that often exceed the ownership period, should realize they are creating a negative equity bubble that will hurt profitability in the not-too-distant future.

Fewer subprime and long-term auto loans will result in slower sales in the short term but steadier returns in the medium and long terms. If automakers continue production at their current levels and lenders continue offering long-term loans to risky demographics, the negative impact will be twofold: