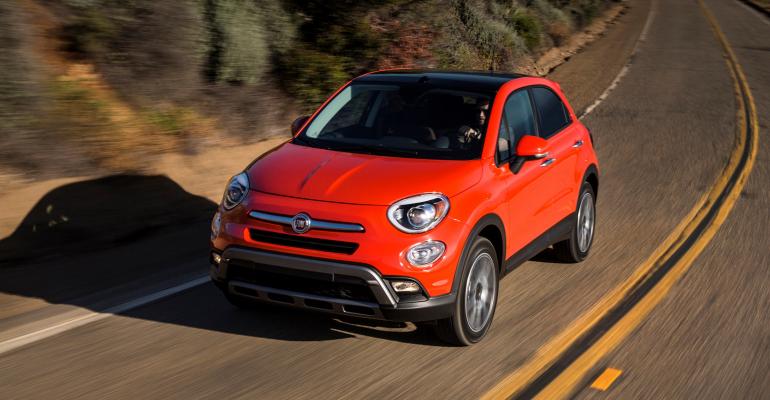 Jeep and Ram continue to carry the load for FCA in the U.S., as Chrysler and Fiat brands decline. Dodge was a bright spot, in part due to robust sales of the carryover Grand Caravan minivan.

FCA posted its best February in a decade and yet another year-over-year monthly sales increase – its 71st in a row – as Ram and Jeep continued robust sales for yet another month.

Ram recorded its best February sales ever and saw the largest gain among FCA brands, with 41,890 vehicles sold, up 26% on a daily basis compared with a year ago, WardsAuto data shows. Sales days were equal year-over-year.

Overall, FCA recorded an 11.4% increase for the month on volume of 181,467 light vehicles, according to WardsAuto data.

Dodge sales were highlighted by the Grand Caravan minivan, with double the sales compared with February 2015, and increases for Challenger, Durango and Journey. The Chrysler brand posted gains in Town & Country minivan and 300 sedan sales, but lost substantial volume on the 200 midsize sedan as the model approaches the end of its lifecycle in 2017.

Compass led the Jeep brand with a 54% leap in daily sales, selling 7,203 vehicles for the month, with Grand Cherokee also seeing a 12% increase on volume of 15,380 units.

FCA says it finished the month with an inventory of 673,494 vehicles, an 88-day supply.