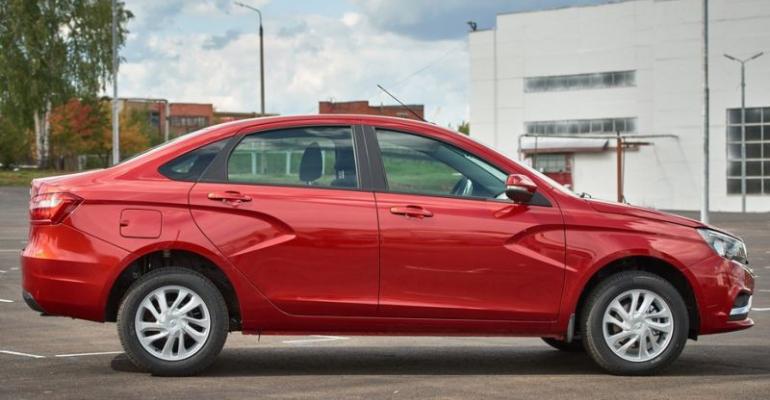 Sources say CEO Bo Andersson fell out of favor with Sergey Chemezov, whose company controls one-third of the automaker, because he favored foreign parts makers over local producers with suspected links to organized crime.

Taking over is Nicolas Maure, former CEO of Renault Romania and general director of Dacia, one of the fastest-growing automotive brands in Europe and the largest private company in Romania.

Dacia is a subsidiary of  Renault, a partner in the Renault-Nissan Alliance which controls slightly more than 50% of AvtoVAZ through its Alliance Rostec Auto joint venture. The remainder is owned by Rostec, a Russian corporation headed by Sergey Chemezov, a retired KGB general who worked with Putin in the former East Germany.

Sources close to AvtoVAZ say Andersson fell out of favor with Chemezov not only because the automaker lost RR75 billion ($1.8 billion) in 2015 but because the Swede often bypassed local parts makers in favor of foreign producers who mainly supplied Renault-Nissan.

Andersson argued many Russian suppliers were unable to deliver their products on time and charged higher prices. But several industry executives who asked not to be named say Andersson also was fighting corruption within a supply chain said to be controlled by criminal enterprises.

The board expects Maure to increase purchases of parts from local suppliers and rebuild AvtoVAZ’s raw-materials base.

Andersson also was criticized for ordering massive personnel cuts that led to protests in Togliatti, where AvtoVAZ is headquartered. Board members reportedly are considering a return to a 5-day workweek at the Togliatti plant, where wages have fallen 20% under the current 4-day schedule.

Maure also will be tasked with increasing the automaker’s market share by overseeing the design of new, more competitive models and optimizing production capacity, which may involve moving production of the Lada Vesta to Togliatti from Izhevsk, where the flagship sedan has been in production only since late September.

AvtoVAZ also intends to compensate for steadily declining domestic sales by setting a goal of exporting 50,000 cars per year. AvtoVAZ sales declined 30.5% in 2015 and were down 15.8% year-on-year through February, WardsAuto data shows.