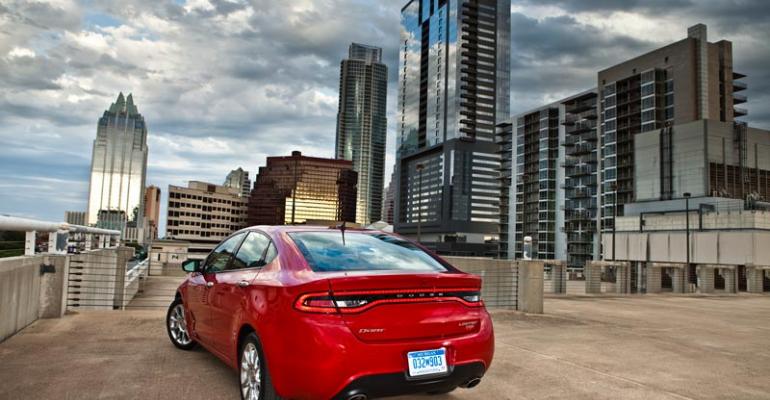 Plans for Chrysler Capital Finance Arm ‘Vague’ to Some Dealers

Chrysler Capital, a partnership between the auto maker and Spain-based Banco Santander, launches May 1 as an existing relationship between Chrysler and Ally Financial expires in April.

The move may put some dealers at a disadvantage as Santander takes hold.

“We live in a more rural area, and we’re concerned about some of the financing issues that we’ll have to deal with with Santander,” Chuck Weesner, general sales manager-Tate Auto Center in Holbrook, AZ, tells WardsAuto. “The answers we got were kind of vague.”

Weesner notes Chrysler has been working to address needs at rural dealerships, but the change in finance operations was sudden.

“The program has changed for all the dealers in the last six months or so,” he says. “We’ve upped our inventory to certain parameters that have to be met by the lender, and they changed that pretty quickly, so it’s been hurting us a little bit. We were hoping to get some answers on that.

“It’s not that the deal is bad, it’s just changed. But we are optimistic,” he adds.

Bigland also addressed dealer concerns about marketing of the Dodge Dart, which has been a slow seller since its launch last year.

“It’s a great, great car, we just can’t get them out of our showrooms,” Don Gordon, sales manager-Wegner Auto in Pierre, SD, tells WardsAuto. “We’ve just tried to do a little more advertising. We have an event with our local soccer team called ‘Drive For Kids,’ and we put three Darts in that.”

Chrysler’s current product portfolio, which has few new offerings planned for this year but several beyond 2013, is enough to keep retailers afloat, Gordon says.

Bigland tells WardsAuto Chrysler Capital will increase the auto maker’s competitiveness and notes that dealer concerns with the finance company will be addressed on a case-by-case basis.

“Chrysler Capital is providing financing coast to coast,” he says. “We sell cars not only in big cities but also in rural markets, and we realize they need financing too.”

Bigland is eyeing a minor expansion of Fiat dealers this year. More than 200 “studios” have opened so far in major U.S. markets.

“We’re getting close to that ideal number. You’ll see that growing a little bit,” he says.

“There were no issues, no concerns, just questions about the future of where we’re going,” he says. “I think the mood and manner is…‘Let’s stay humble and let’s stay hungry.’”

The ProMaster van will fill a gap caused when the Mercedes-based Sprinter van left showrooms after DaimlerChrysler dissolved.

“There will be some training they have to go through to make sure they have the product knowledge to be able to appropriately sell it,” Diaz says of the Ram dealer network.

“I’ve been a dealer for 25 years, and I think this is one of the most positive meetings we’ve been through,” Arrigo tells WardsAuto. “The company’s never been in a better position than we are right now.

“Sergio’s probably one of the smartest men I’ve ever had the opportunity to be with. He knows where he’s going, and he knows how he’s going to get there. And if I had to put my future in anyone’s hands it would be his.”

However, Arrigo is taking a wait-and-see approach to Chrysler Capital.