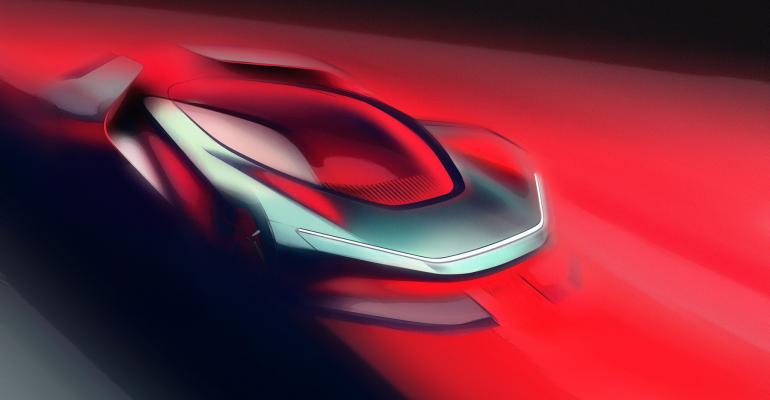 The company has named an experienced senior management team, saying the unique opportunity to create a new brand has tempted some significant talent to move to Munich from Audi, Bentley, Bugatti, Ferrari, Jaguar Land Rover, Maserati, McLaren Automotive and Volvo.

The CEO is Michael Perschke, who has more than 20 years of automotive management roles for premium car brands in Europe and India with a recent focus on innovation, connected cars and EVs.

Perschke says Automobili Pininfarina is a pioneering new business created to service the most discerning clients in the world.

“Our product portfolio will launch with an innovative, zero-emissions hypercar that represents the progression we aim to make at the pinnacle of the luxury and sports car market,” he says in a statement.

The company says in less than two years, Perschke and his team will present the first customer with a car of unmatched performance and unprecedented heritage.

“We have attracted some of the best automotive industry talent from all corners of the globe. Now this team is completely focused on delivering groundbreaking, highly desirable vehicles through a business strategy which will see Automobili Pininfarina become the most sustainable luxury automotive business in the world,” Perschke says.

The team includes Chief Operating Officer Per Svantesson, who has held top-level management and board positions in companies such as Volvo and Valeo.

Chief Brand Officer Dan Connell comes from Jaguar Land Rover, where he was responsible for leading the global marketing communications and PR strategy behind the new Special Vehicle Operations and Classic business divisions. Previously he had public relations roles at Volkswagen, Mini and McLaren.

Design Director Luca Borgogno has more than 14 years’ experience as one of Pininfarina’s leading designers.

Sales Director Marcus Korbach joins from Bugatti, where he was regional managing director for Middle East and Asia. Before that Korbach worked for McLaren during its launch phase as McLaren Special Operations sales manager.

Product and Platform Director Paolo Dellacha spent nearly two decades in computer-aided engineering, testing and design roles at Ferrari, Maserati and Alfa Romeo. Most recently he was director of vehicle concept and architecture at Alfa Romeo and Maserati.