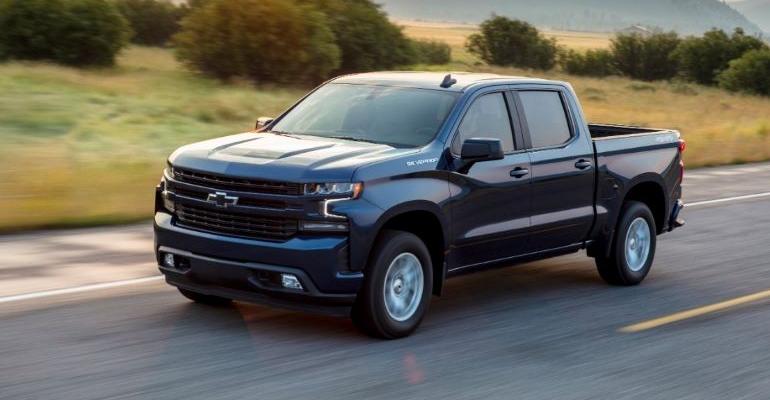 General Motors
Large pickup trucks such as the Chevrolet Silverado are standouts in a bleak market.
Industry News

Pickup Sales Down, But Stand Out in Bleak Market

Their resiliency is driven largely by the availability of “unprecedented incentive programs,” says Thomas King of J.D. Power.

Fullsize pickup truck sales are down but outperforming other segments in a bleak automotive market that has seen the coronavirus crisis decimate deliveries.

Pickup sales were down 27% compared with 61% for the overall industry for the week ending March 29, according to J.D. Power. (See chart below)

He adds the resilience is based largely on the availability of “unprecedented incentive programs” for certain pickup models.

Those incentives include zero-percent financing for 84 months and payment deferrals of six months.

The average light-duty pickup incentives per unit reached $7,200, the highest ever, according to J.D. Power data. The pre-virus high was $6,700 in December.

Pickup trucks carry net transaction prices of $42,000 “and are among the most profitable vehicles sold by OEMs,” King says.

The Detroit 3 automakers dominate the pickup truck segment. Largely because of pickup sales of late, General Motors’, Ford’s and FCA’s retail market share reached  51% since the week ending March 15, the highest level in a week since 2006.

“The Detroit 3 are performing better than their counterparts,” King says. “But that 51% market share obviously is on a low-volume basis.”

Pickup trucks did relatively well in local markets where they are traditionally strong, such as Dallas, says Tyson Jominy, J.D. Power’s vice president-data and analytics. “But they are doing well in general, such as in Florida, because of the great incentives.”

He lauds dealers for carrying on through hard times. “Dealers are responding quickly. There’s no better group that can do what they are doing.” 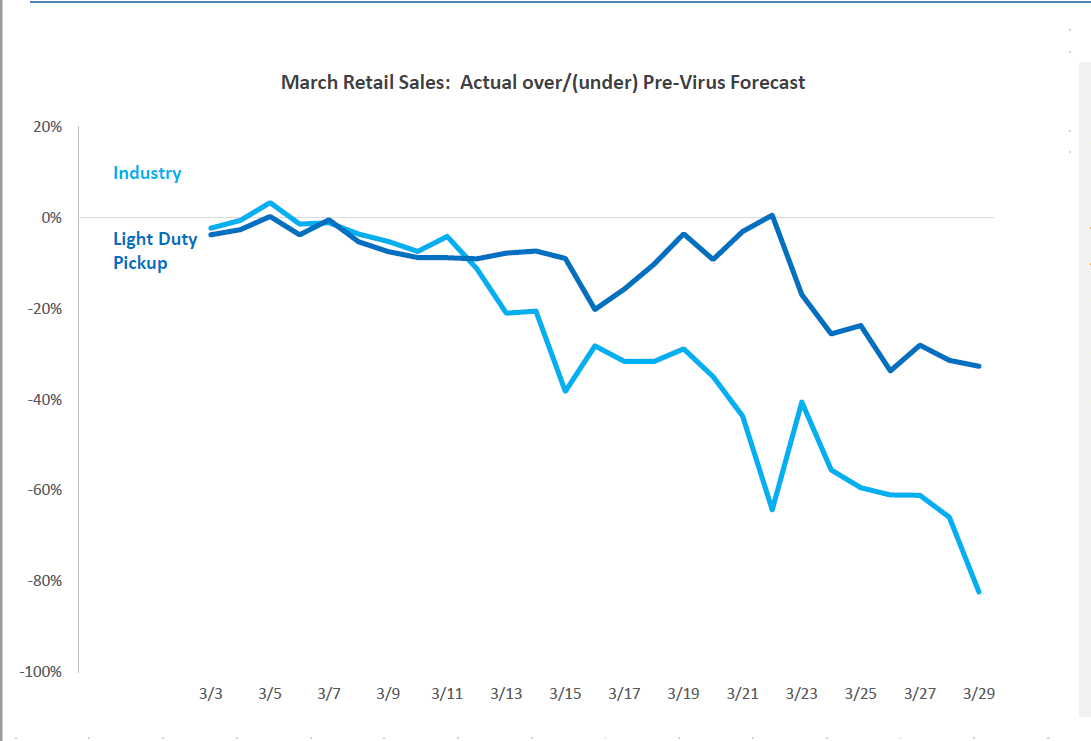