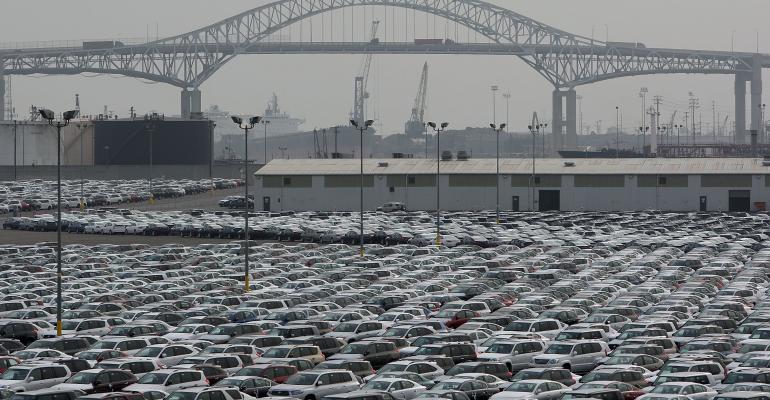 Manufacturing costs will rise significantly, suppliers say, and the result will be fewer, not more, U.S. jobs.

TROY, MI – U.S. auto suppliers are lobbying hard against proposals in Congress for a border adjustment tax on imported goods and calling for only modest updates to NAFTA as the Trump Admin. prepares to renegotiate the trade deal with Canada and Mexico.

A modest BAT levy would have significant impact on the cost of new cars and trucks sold in the country and put tens of thousands of jobs in jeopardy, as would draconian changes to trade rules in the NAFTA region, officials from the Motor & Equipment Manufacturers Assn. say.

Helping make their case is a new MEMA-commissioned study by The Boston Consulting Group concluding a 15% BAT would add $1,000 to the manufacturing cost of a new vehicle in the U.S., even after accounting for potential favorable changes in the corporate tax structure designed to offset some of the impact.

Applying a 35% tariff on imports from Mexico and Canada in place of the current NAFTA deal, would push prices up an average $1,200 per vehicle, the study says.

In both cases, U.S. auto industry jobs are likely to decline, not increase as is the stated goal of the White House as it moves to pare down deficits with some foreign-trade partners, the study’s authors say.

In presenting the data to media here, BCG and MEMA officials suggest the government attention on balancing U.S. automobile and auto-parts trade is misguided, with much more to lose than gain from aggressive policy changes.

BCG says vehicle parts manufacturing represents a $220 billion industry, while the U.S.’s global parts trade deficit, at roughly $22 billion annually, equates to only 10% of the total.

“At only 10%, this is not an industry that spends its time importing,” notes Xavier Mosquet, the senior partner and managing director at BCG who led the study.

Either action – levying a BAT or applying tariffs on Mexican and Canadian imports – would jeopardize up to 50,000 U.S. supplier jobs, Mosquet says, as consumers start to order fewer options in order to keep new-vehicle spending in check. Currently, the parts-making industry directly employs 870,000 people in the U.S., an increase of 18% from 2012, when the country was still emerging from the severe 2009 recession.

What’s more, as customers begin to order less optional equipment, they are more likely to shy away from high-cost safety-related systems, such as automated braking, blindspot warning and lane-keeping assist that are seen as critical to reducing traffic deaths, BCG and MEMA officials argue.

Those high-tech components also represent some of the fastest-growing and most profitable business sectors for suppliers, so any downturn in the growth trajectory could put additional jobs at risk, the study’s authors and supporters say.

“Our position is a BAT would stunt job growth and hinder the ability (for the U.S. auto industry) to compete in a global market,” MEMA President and CEO Steve Handschuh says. “(And) we have taken a firm stance that great care should be taken in modernizing NAFTA.”

Among the highlights in the BCG study:

Officials here say the U.S. should focus on areas apart from BATs and drastic changes to NAFTA to help protect and increase auto industry jobs, including promoting fair-trade policies with countries outside North America, investing in workforce development and working to harmonize fuel-economy and emissions standards across government agencies.

As for NAFTA, Ann Wilson, senior vice president-government affairs for MEMA, says tweaks to modernize the agreement are fine, but cautions negotiators to tread lightly.

Changes to immigration policies that would let workers move between the three countries more easily would be helpful, as would improvements to the process of documenting the 62.5% local content required for vehicles and parts to qualify for NAFTA import/export protections. But changes to that 62.5% figure, as is being mulled, would be detrimental, she says.

“We support modernizing and renegotiating NAFTA,” she says. “But we wouldn’t propose a higher percentage (of required local content). There are other things you can do (to improve NAFTA) without disturbing that percentage.”

Wilson says to expect movement on both the Congressional BAT proposals and NAFTA negotiations this fall, noting the next couple months are a critical time for the parts-industry trade group “to voice its concerns.”