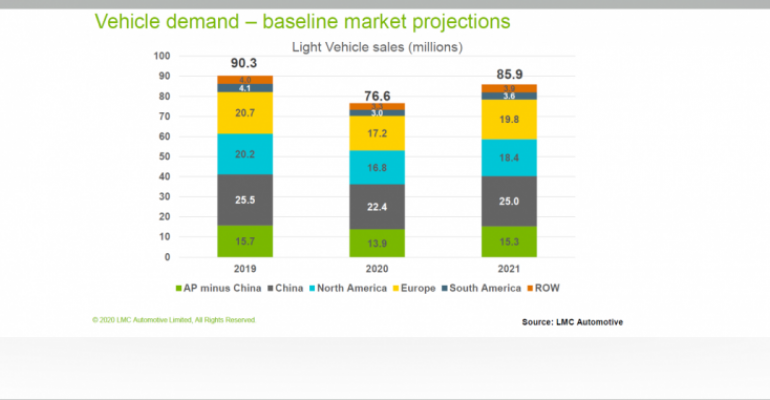 Vehicle production in North America is painfully bottoming out due to the COVID-19 pandemic – probably this month, to near-zero levels – but forecasters at LMC Automotive say production and sales should begin to bounce back in the second half, not only in North America but also globally.

Today, the question is whether the fall-off and recovery is shaped like a short and sharp "V," a longer-lasting "U" or a more permanent "L," says Pete Kelly, managing director for LMC Automotive.

“That’s the biggest decline we’ve ever recorded,” Kelly says of the slump from 2019 to 2020. “It’s the speed of reduction in demand, and the fact that it’s been happening everywhere at the same time, that results in a very large contraction this year.”

For North America, meaning Mexico, the U.S. and Canada, LMC expects only about 140,000 units produced in April, down from 1.47 million in March 2019, Jeff Schuster, LMC president-Americas operations and global vehicle forecasting, tells Wards in an email. Mexico accounts for most of the April total, about 100,000 units, he says.

That’s “almost a total lockdown, in terms of production levels,” Schuster says during the webinar. Production of new-model prototypes and build-outs of expiring models account for most of North America’s expected April production, he says (see info graphic below).

The industry’s recovery depends on the speed at which states relax stay-at-home orders aimed at containing the virus, which have severely crippled sales, Kelly says. Before mid-March, there was some question about how social distancing would affect sales, he says.

“The answer to that question is, there may be some sales but they will be very small,” Kelly says. “Obviously, it’s temporary, but getting back from them isn’t going to be like clicking a switch.”

In the webinar, Schuster thinks about it for a few seconds when asked about his reasons for optimism. He says business conditions weren’t so bad before the pandemic, and today’s auto industry is much healthier than it was during the run-up to the Great Recession. 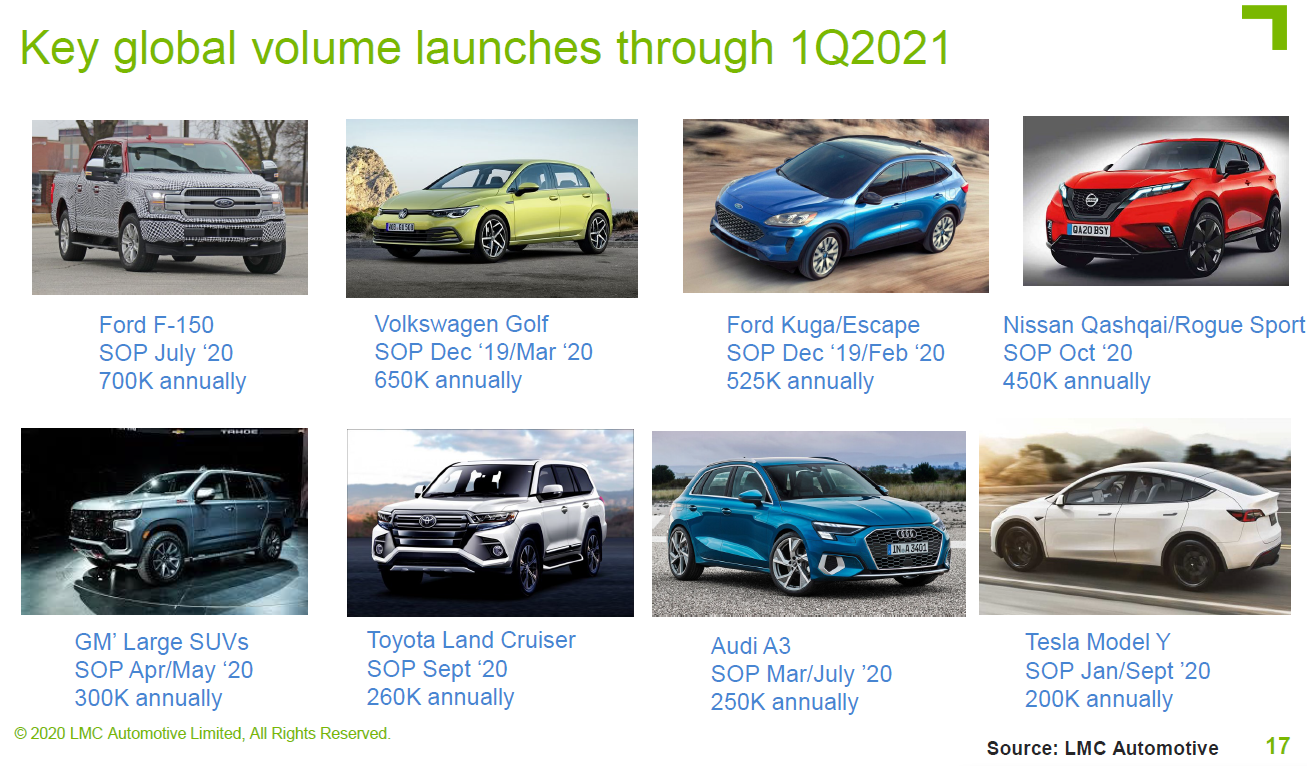