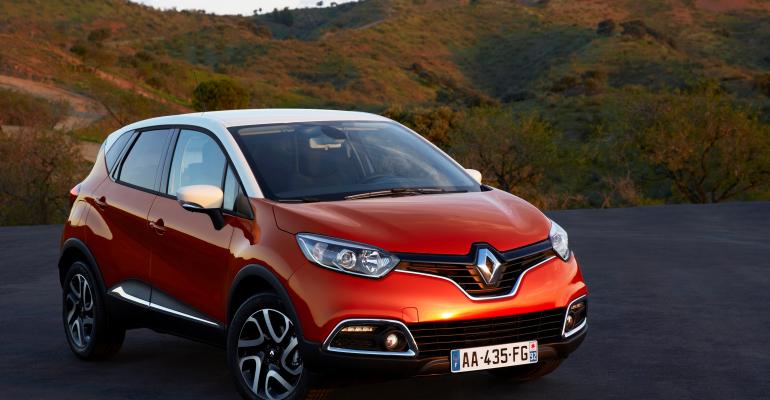 Pakistan Market Could Be Fertile Ground for Renault

Only 13 of 1,000 Pakistanis own or operate a car, Southwest Asia&rsquo;s lowest rate of penetration. But with the economy expanding at its fastest pace in eight years, interest rates at a 42-year low and the Pakistan rupee stable against the U.S. dollar, officials believe their country successfully can attract major industrial investors. &nbsp;

The French automaker is negotiating with the government of the Southwest Asia country to build cars in a joint venture with Gandhara Nissan, Renault’s global partner, Miftah Ismail, chairman of Pakistan’s Board of Investment, tells WardsAuto.

Renault proposes assembling 16,000 vehicles a year in three shifts at the site and raise annual production capacity to 50,000 per year in two phases. Should the project go ahead, Ismail says, the JV would build both SUVs and sedans at the site, with production starting as early as 2018.

A Renault spokesperson confirms the automaker’s interest in Pakistan production to WardsAuto, adding it also is in talks with Al Futtain, an industrial conglomerate based in the United Arab Emirates.

The automaker’s application follows a September visit to France by a delegation of Pakistani government and business officials led by Finance Minister Ishaq Dar, who urged Renault and rival automaker PSA Peugeot Citroen to consider investing in Pakistan. Dar discussed the government’s new industrial policy regarding the automobile sector, which includes waiving duties on imported assembly plant equipment for foreign automakers locating in the country.

The new policy, in effect since March, envisions doubling yearly production of cars, vans, utility vehicles and light-commercial vehicles to 429,000 units over the next five years. Automakers active in Pakistan in 2015 manufactured 146,024 cars and 82,889 trucks of all types, according to WardsAuto data.

Pakistan wants to diversify a car market currently dominated by Toyota, Honda and Suzuki, whose locally assembled cars are sold at relatively high prices but lag behind imported vehicles in terms of quality and specifications, government officials contend. Customers have complained about having to make payments up-front for new vehicles, then wait up to four months for delivery. Consumer activists note quick delivery often carries a 15% surcharge.

The Ministry of Industries and Production says only 13 of 1,000 Pakistanis own or operate a car, Southwest Asia’s lowest rate of penetration. But with the economy expanding at its fastest pace in eight years – growth in 2016 could reach 4.7%, according to the World Bank – interest rates at a 42-year low, the Pakistan rupee’s stability against the U.S. dollar and an inflation rate of 5.2% and falling, officials believe their country successfully can attract major industrial investors.

A delegation from German automaker Volkswagen visited Pakistan in August 2015 and held talks with government officials. However, company spokesman Christoph Adomat told reporters that while “Volkswagen is constantly evaluating market opportunities on a worldwide basis (but) there are no decisions for an investment (by) Volkswagen side in Pakistan.”

Should the Renault JV become reality, it will help the Pakistan government deal with one of its perennial problems – a lack of tax revenue. A senior official with the Pakistan Association of Automotive Parts & Accessories Manufacturers notes the automobile sector is one of the most highly taxed industries in Pakistan, with taxes accounting for almost 35% of vehicle prices.