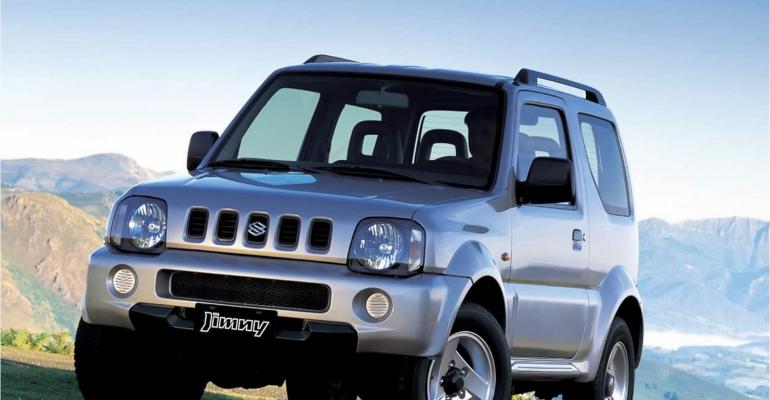 The incentive package offers reduced duties to new foreign automakers establishing plants in the country&nbsp;while established car assemblers including Toyota, Honda and Suzuki would get some help, but less. &nbsp;

Under the plan released March 21, the government will waive import duties on materials and technology needed to establish new auto plants in the country and reduce import duties on auto parts once the factories are operational.

Khawaja Muhammad Asif, the federal minister for water and power, tells journalists in Islamabad the incentives are designed to attract new investment and persuade manufacturers who have withdrawn auto manufacturing from Pakistan, such as Nissan’s Ghandhara joint venture, to re-enter the industry.

The newly unveiled plan takes effect in July and will be maintained until July 2021. During that period foreign automakers new to the Pakistani market would pay a 10% duty on imported parts not available in the country, compared with the current 32.5%. They would pay a 25% duty on parts available in Pakistan, down from the current 50%. They also could import machinery for their plants duty-free, Asif says.

Existing car assemblers would get some help under the plan, but less. The duty on imported parts available within Pakistan would be reduced from the current 50% to 45%.

Asif says the new policy is needed to help Pakistan’s auto sector meet the growing demand for cars as the economy expands in the country of 185 million. The World Bank predicts growth will accelerate from 4% in 2014 to 4.5% in 2016, with Asif noting renewed investor confidence and easing inflation have spurred consumer spending.

“The new auto policy has been formed keeping in view high demand for cars in the domestic market,” Asif tells WardsAuto. “We have introduced this new auto policy and our objective is to address the needs of consumers and the market.”

Pakistan’s auto industry is dominated by Toyota, Honda and Suzuki, which have plants in Sindh province. However, market data suggests the Japanese automakers cannot effectively meet domestic demand; buyers are required to pay cash in full in advance but must wait one to three months for a car, or pay an additional $1,500 for prompt delivery.

The boom has sparked interest among European and Chinese automakers looking to establish plants in Pakistan, according to government officials. While they will not identify the potential Chinese investors, they say a delegation from Volkswagen visited Pakistan last year and talks between the German automaker and the government are under way.

Despite the tax breaks offered to parts importers, the Pakistan Association of Automotive Parts and Accessories Manufacturers think the plan could generate business for its members. The country’s auto industry could attract $4 billion to $5 billion in investment over the next three to four years, predicts Aamir Allawala, a former chairman of the trade group.

“Economic indicators suggest that the automobile industry is about to take off. Local and foreign investors are ready to inject billions,” he says.

Irfan Iqbal Sheikh, chairman of the Pakistan Industrial and Traders Associations Front, thanks the government for developing a proactive automotive-sector policy. “Now the international companies like Fiat, Audi or Volkswagen can establish their plants in the country without any further delay as the policy gives them several incentives,” he says.

The country’s economy is expected to expand further amid a major construction boom driven by Chinese investment after President Xi Jinping visited Islamabad in April 2015 to unveil a $46 billion investment plan dubbed the China-Pakistan Economic Corridor.

The influential daily newspaper The News has cautiously welcomed the new economic program, saying the package of duty reductions “may trigger some new movements.” But it suggests the government consider offering broader incentives, perhaps including direct subsidies, to European companies and Chinese investors considering Pakistan-based manufacturing.