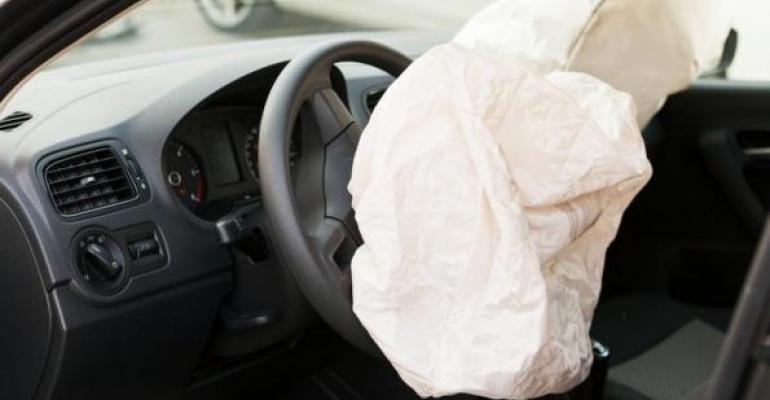 With 750,000 defective Takata airbags still in use across Australia four years after their recall, the Federal Chamber of Automotive Industries launches a state-based campaign to get them off the roads.

Chamber CEO Tony Weber says while a national advertising campaign helped locate more than 1 million of the faulty airbags, many are still outstanding.

“We are now trying a state-based approach, letting each state and territory in Australia know how many airbags have been rectified and how many are still to go in their area,” Weber says in a statement.

The information will be available through news releases issued with the aim that local media outlets will run the messages alerting alert owners.

The FCAI also is preparing an advertising campaign that will focus on specific state, regional and metropolitan areas.

Globally, there have been 26 reported deaths and more than 300 injuries attributed to the faulty Takata airbags.

“A faulty airbag can pose a serious danger to vehicle passengers as well as drivers,” Weber says. “This includes children regardless of whether they are sitting in the front or the back of a vehicle.”

The FCAI is urging vehicle owners to check the recall status of their vehicles by using the automotive industry’s Takata airbag-recall website and by promptly arranging free repairs of affected vehicles.

“It’s a simple process,” Weber says. “Just go to the website and enter your vehicle’s registration and state or territory.”

The inflators were made with a propellant that can break down over time and has led to explosions.

In 2013, a series of deaths and injuries associated with defective Takata airbag inflators manufactured by its Mexican subsidiary led Takata to recall 3.6 million cars equipped with the airbags.

Further fatalities led NHTSA to order a nationwide recall in 2015 of more than 42 million cars, the largest automotive recall in U.S. history.

The recall quickly went global and involved about 53 million vehicles.

Some 2001-2003 Honda and Acura vehicles, 2006 Ford Ranger and Mazda B-Series trucks are at a far higher risk of an airbag explosion that could injure or kill vehicle occupants.

Additional airbags are scheduled to be recalled by December, bringing the total to between 65 million and 70 million.

Takata filed for bankruptcy in June 2017 and was acquired by Key Safety Systems.