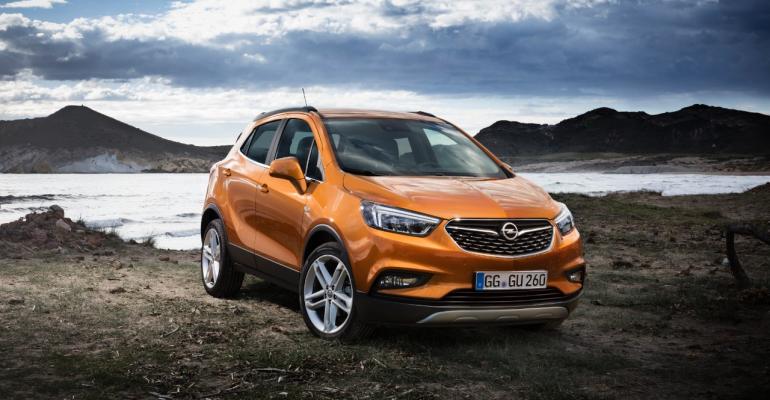 The Mokka was built in South Korea when sales in major global markets began in 2012. Its initial success called for increased production and Opel management chose the Figueruelas facility, which has produced 160,000 units since September 2014.

MADRID – Stirred by the response to its Mokka compact CUV, Opel begins serial production of a new version at its plant in Figueruelas near Zaragoza, Spain.

The Mokka was assembled in South Korea when sales in major global markets began in 2012.

Its initial success prompted Opel management to expand production and they chose the Figueruelas facility, where 160,000 units have been built since September 2014.

Now, General Motors’ European subsidiary again has tapped Figueruelas for production of a new version, the Mokka X first exhibited at the Geneva auto show in March. Its first market will be Austria.

The Mokka X runs on a 1.4L turbocharged gasoline engine making 150 hp, mated to a robotized 6-speed transmission with intelligent traction to all four wheels. Equipment includes the Opel Eye safety-camera system, adaptive front headlights with LED technology and OnStar for connectivity and mobility system.OnStar for connectivity and mobility system.

The Mokka X kicks off an aggressive product offensive by Opel, which is launching 29 new models between 2016 and 2020.

In addition to the new Mokka X, the plant in 2017 will begin assembling a new-generation Meriva and a Citroen C3 Picasso under an agreement with French automaker PSA Peugeot Citroen, and an updated Corsa in 2018.

The new assignments mark the continued comeback of the Figueruelas plant, which had reached maximum production of 486,000 vehicles in 2007. After the global recession began the following year, builds fell every year until bottoming out at 319,000 units in 2014. The plant frequently was idled until output recovered in 2015 to nearly 386,000 vehicles.