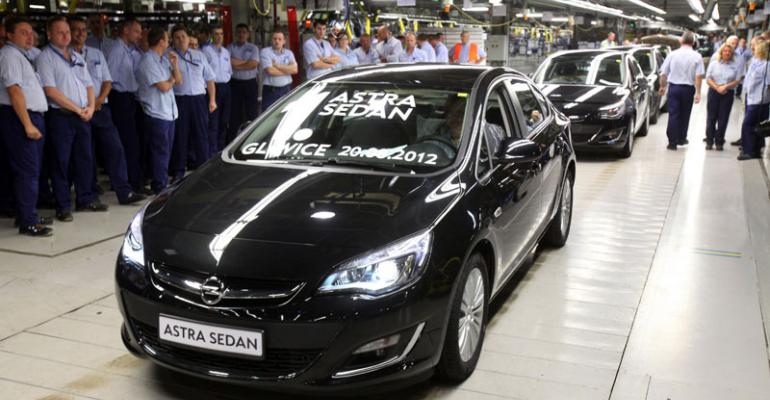 The new Astra sedan will be unveiled next week at the Moscow auto show. Opel for the first time is celebrating an automotive world premiere in Russia, Europe’s third-biggest market for the Astra after Germany and the U.K.

Russia is a typical sedan market; last year in the compact segment, 51% of Russian customers opted for a sedan.

Both the previous-generation Astra and its successor will be built in Russia. However, while the old Astra sedan is assembled from semi-knocked-down kits by contract-assembler Avtotor in Kaliningrad, the new version will be produced at the GM plant in St. Petersburg from complete-knocked-down kits with increasing local content.

Pilot production of the new-generation Astra sedan is under way in St. Petersburg, with volume output to launch later this year.

Both the old and new sedans’ assembly kits are sourced from Poland.