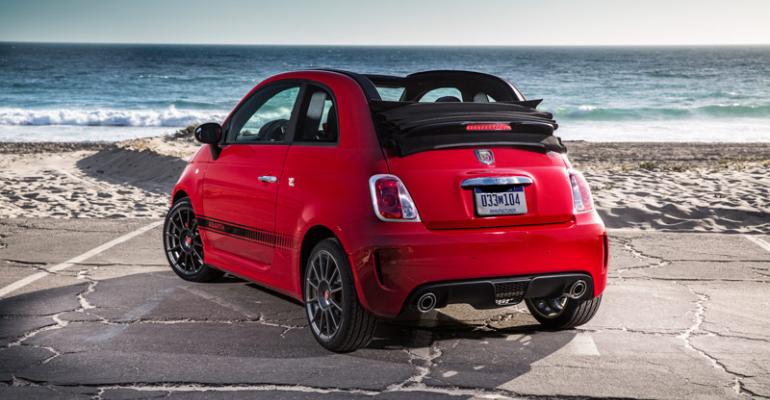 Although the two European brands often are pitted against one another by executives and car fans, sales figures show the two coexisting peacefully among like-minded buyers.

Insiders at Fiat and Mini both agree neither car brand directly competes with the other.

Yet, the small cars frequently are compared, sometimes by the auto makers themselves. Both are European brands with boxy, hatchback styling at entry-level price points, and both have varied histories in the U.S. market.

Fiat was reintroduced here in 2010, and comparisons to Mini, produced in the U.K. and Austria, began immediately, not just with styling but also with volume. Fiat insiders benchmarked the BMW-owned marque’s dealer-network growth and sales targets for the Italian brand’s 7-year growth plan.

“If you take the Countryman out, we beat them every month (of 2012),” then-Fiat North American CEO Tim Kuniskis commented at last year’s North American International Auto Show in Detroit.

Fiat’s lineup was extended this summer with the addition of the 500L. But despite the brand’s positive sales record, neither Fiat nor Mini has taken share from the other, WardsAuto data shows. 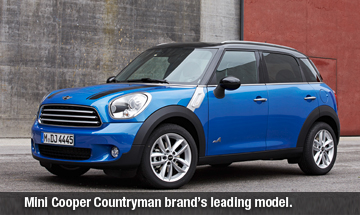 If month-to-month sales trends are an indicator, Fiat and Mini will see record sales this year. Yet, neither brand is on par with the Kia Soul.

The Soul, whose boxy design and low price point is meant to appeal to the youth market, outsells Fiat and Mini, combined, in the U.S. on an annual basis. The Korean auto maker delivered 115,778 units in 2012, and through July of this year sold 73,191, with no indication of share loss to the two European brands.

But while the Soul sells at a faster clip, Fiat and Mini take more personalized approaches to attracting and retaining customers. Both have thousands of combinations for customer customization, performance models, extended-size variants and electric versions.

Mini actively sponsors gatherings for owners, including the recent “Mini on the Mack” event, where drivers traveled in formation across Michigan’s Mackinac Bridge.

Fiat is releasing another trim level for its venerable 500, called the “Cattiva” package for its Sport and Turbo editions. The Cattiva, which features blacked-out wheels and other performance-minded accents, will arrive at dealerships in the fourth quarter.