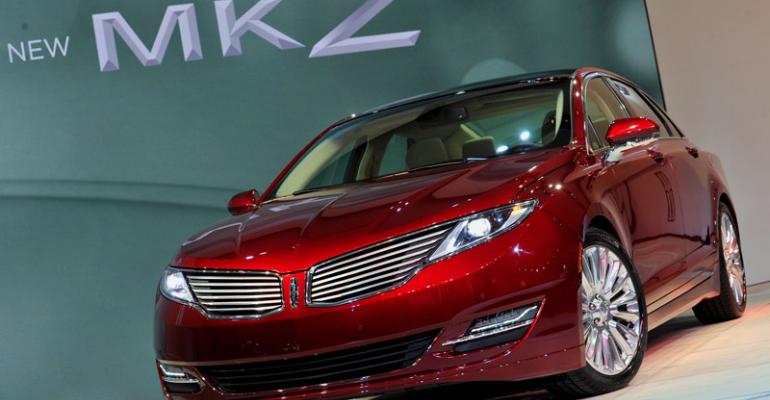 The last of the detoured cars should leave the Flat Rock, MI, plant by the end of the month.

The all-new ’13 MKZ, which was scheduled to hit the market late last year, has been plagued by undisclosed quality problems and parts shortages, leading Ford to make the unusual move of performing fixes post-production at its Flat Rock facility.

“We expect to have a rather large amount of vehicles en route in the last 10 days of the month, and we should be pretty close to our (ideal) inventory levels by the end of the month,” Joe Hinrichs, president-The Americas, says at a supplier-related event here.

Currently, production at the Hermosillo, Mexico, assembly plant is at planned levels, with about 100 MKZs shipped per day.

While he declines to reveal the exact nature of the car’s problems, Hinrichs says defects were detected soon after production was launched, but output continued to be hampered by parts shortages.

The MKZ is Lincoln’s volume vehicle and plays a critical role in the luxury brand’s effort to revitalize slumping sales, a big reason Ford has been extra careful about quality, Hinrichs says.

“It took us a while to get our process in line with our expectations,” he says. “Our quality expectations don’t change, but our ability to match the production off the line to those expectations changes as you ramp up.”

Remaining MKZ units at Flat Rock should be repaired and shipped to dealers by April.

Despite issues with the sedan’s launch, Hinrichs says Ford is pleased with its suppliers overall.

The auto maker plans to produce 800,000 vehicles in North America in the second quarter, a 9% increase from year-ago.

There’s been some concern a supplier base rationalized during the 2009 recession would have difficulty meeting rising volume demand as the U.S. market rebounds, but Hinrichs says Ford is confident there will be no serious roadblocks.

“Other than a few supply-related launch issues, we’ve been in pretty good shape,” he says. “It’s a big business so every day you’re dealing with something, but by and large it’s been good.”