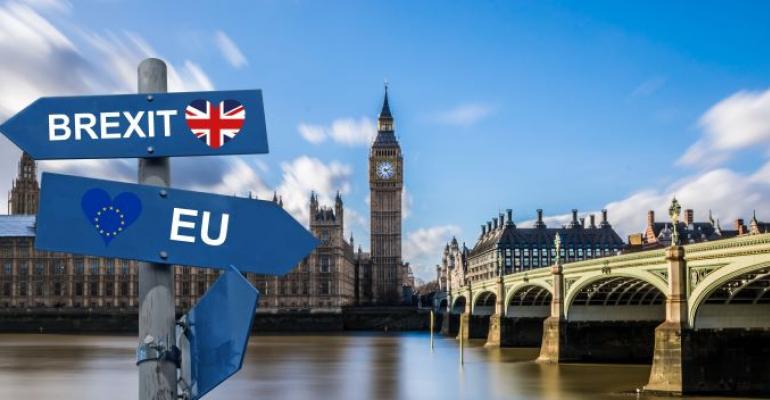 The Society of Motor Manufacturers and Traders says two-thirds of the U.K.’s global car trade is at risk if there is no deal on how the U.K. exits the European Union.

The U.K. automotive industry is on red alert as the prospects of a messy divorce between the U.K. and the European Union drives car production down even further after a 9.1% fall to a five-year low of 1,519,440 units in 2018.

The Society of Motor Manufacturers and Traders says exports, which account for 80% of U.K. production, fell 7.3%.

SMMT says in a statement Brexit fears also saw new investment fall 46.5% to £589 million ($773 million) last year and new calculations find two-thirds of the U.K.’s global car trade is at risk if there is no deal on how the U.K. exits the EU.

“U.K. automotive companies are urging all politicians to do whatever it takes to avoid a ‘no-deal’ Brexit,” SMMT says.

The fears are over the U.K.’s trading prospects with the EU and other key global markets after it leaves the EU on March 29. There are suggestions the departure date may be delayed with the U.K. and EU deadlocked on divorce terms.

SMMT says the Brexit concerns are compounded by regulatory changes, ongoing uncertainty over diesel policy and taxation and declining consumer and business confidence.

Exports to the U.S. grew 5.3%, cementing its position as the U.K.’s second-biggest customer, but SMMT says this underlines the risk to output if threatened U.S. tariffs are imposed.

Exports to Japan rose 26.0% and to South Korea by 23.5%. Both countries, along with other key markets including Canada and Turkey are or soon will become subject to preferential EU trade agreements from which the U.K. benefits – together representing 15.7% of U.K. car exports.

“Brexit uncertainty has already done enormous damage to output, investment and jobs,” SMMT CEO Mike Hawes says. “Yet, this is nothing compared with the permanent devastation caused by severing our frictionless trade links overnight, not just with the EU but with the many other global markets with which we currently trade freely.”

U.K. automotive is globally respected, Hawes says, noting it is the region’s biggest exporter in goods, and one of its most important economic pillars, employing 186,000 people directly in vehicle and component factories and delivering an annual £20.2 billion ($26.5 billion) direct to the Treasury.

“As a highly integrated sector that has maximized the benefits of the European single market and customs union, a ‘no-deal’ Brexit is the most significant threat to the competitiveness of the U.K. automotive sector in a generation,” he says.