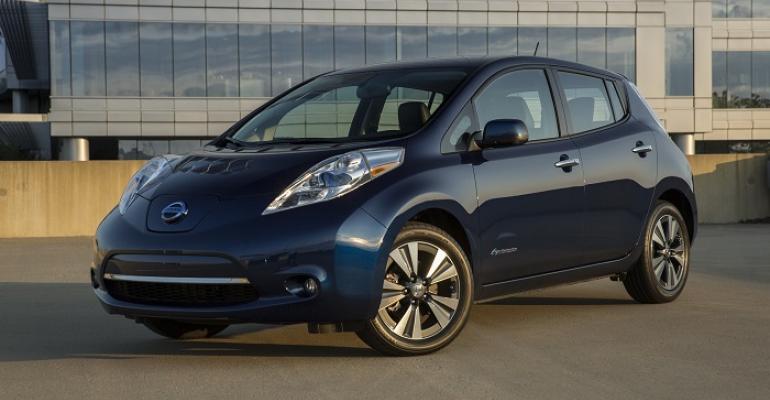 Nissan: We Can Match Bolt

You may think such a vehicle would strike fear into competitors with lesser-range EVs, but a Nissan official says he’s happy to see the Bolt and Nissan will eventually meet or exceed it.

“We will have offerings that will be comparable and at one point exceed the competitors again,” Michael Bunce, Nissan North America’s newly installed product planning chief, tells WardsAuto here during an interview at the 2016 North American International Auto Show.

Bunce notes when Nissan brought out the Leaf, it had to do much of the heavy lifting itself.

“There was no mainstream battery supplier out there and we went internally and developed our own fuel source, the battery,” he says.

Nissan partners with NEC of Japan for the Leaf’s Li-ions, but last year Nissan CEO Carlos Ghosn praised LG Chem, supplier of the Bolt’s Li-ion pack, as making the best batteries for automotive and said the automaker may resource the Leaf's batteries to LG Chem.

Bunce notes there is an existing collaboration between Nissan and LG Chem on certain elements of battery technology, indicating that resourcing business to the Korean conglomerate wouldn't be a leap.

In light of the Bolt going on sale this year, could Nissan update the battery technology in the Leaf before changing its body? Bunce indicates it would be difficult to put a significantly longer-range battery in the existing Leaf body.

“I think what you’ll see is both moving at the same pace,” he says, noting aerodynamics play a crucial role in EV efficiency.

At last year's Tokyo motor show Nissan displayed a concept car, the IDS, with a 60 kWh Li-ion pack. It attached no production date to the vehicle, which also was a test bed for autonomous technology.

“We were very encouraged to see the Bolt – it means electrification is here to stay,” he says.

While Nissan has a hydrogen-fuel-cell program, unlike its Japanese competitor Toyota it is not as keen on the technology and has announced no production FCV.

Bunce notes electrical outlets are everywhere, but hydrogen-refueling stations remain rare, with only a handful publicly accessible in Southern and Northern California.