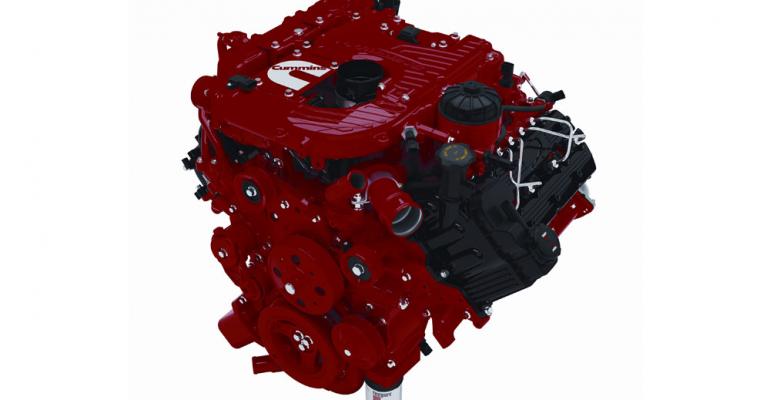 Nissan says new turbodiesel, which will produce more than 300 hp and have a torque rating in the mid-500 lb.-ft. range, is in the latter stages of development and testing.

Nissan will equip its next-generation Titan fullsize pickup with a 5.0L V-8 turbodiesel sourced from Cummins.

The auto maker says the new diesel, which will produce more than 300 hp and have a torque rating in the mid-500 lb.-ft. (678 Nm) range, is in the latter stages of development and testing.

“We have done our homework on the next-generation Titan,” Fred Diaz, divisional vice president, sales and marketing, service and parts-Nissan North America, says in a statement.

“Truck owners told us there’s a demand for the performance and torque of a diesel in a capable truck that doesn’t require the jump up to a heavy-duty commercial lineup.”

Nissan hopes the diesel offering will help spur sales of the slow-selling Titan, which saw deliveries slump 21.2%, compared with year-ago, to 10,020 units, according to WardsAuto data.

The diesel should give the Titan an advantage, as segment-leading pickups offered by Ford and General Motors do not offer a diesel. Chrysler recently announced it would make a diesel available for its Ram 1500 pickup.

The new engine will be produced at Cummins’ Columbus, IN, engine facility, while the next-generation Titan, expected to debut in 2015 as a ’16 model year, will be built at Nissan’s Canton, MS, assembly plant.