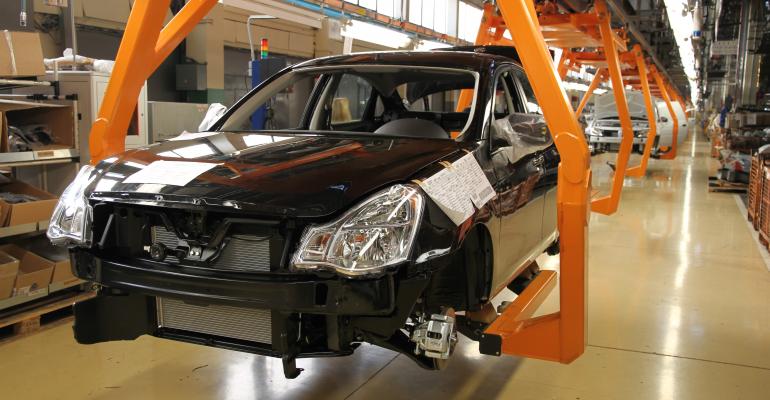 ST. PETERSBURG – In another sign of the Russian auto industry’s recovery, Nissan increases production 25% at its plant here.

The automaker, which employs 1,530 people at the facility, will hire an additional 450 workers as it resumes operating on two shifts.

Paul Willcox, chairman of Nissan Europe, says the production hike and new hiring will be completed by October. The amount of the investment is not being disclosed.

The plant produces Qashqai, Murano, X-Trail and Pathfinder models. Most of those vehicles are sold in Russia, with some exported to Kazakhstan, Belarus and Azerbaijan. The Qashqai and X-Trail, along with the Terrano and Almera, are Nissan’s best-selling models in Russia.

The company also supplies its Datsun-brand cars, which are built by Russian contract assembler AvtoVAZ, to Lebanon.

Industrywide, sales through the first five months of 2017 were up 5.1%.

In addition to increasing Russian production, Nissan plans to begin exporting its Leaf electric car to the country this year.