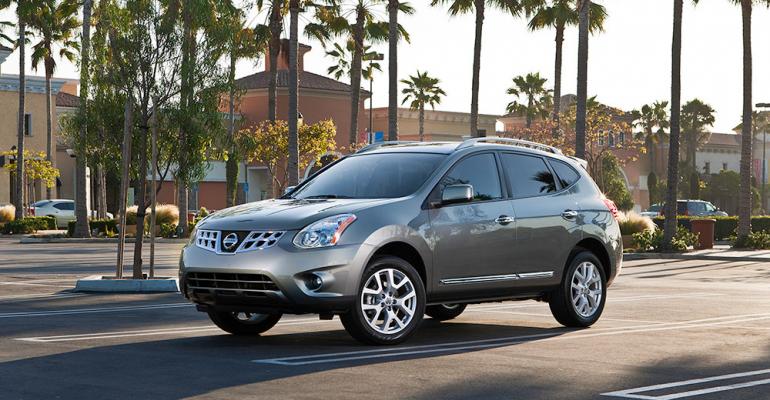 The automaker is in the midst of launching the all-new &rsquo;14 Rogue CUV, but will retain the current model for price-conscious customers.

NASHVILLE, TN – In an unexpected move, Nissan will keep producing the current-generation Rogue CUV as it rolls out the all-new ’14 model.

The current version, introduced as an ’08 model, will be called the Rogue Select and targeted toward consumers looking for the lowest price rather than the newest offering on the market.

Other OEMs have employed the same strategy in the past, including Nissan with its Altima coupe, Ford with the F-150 pickup, as well as General Motors with the Chevrolet Malibu, Impala and fullsize pickups.

“We’re looking to retain those customers that are on more of a budget,” Pierre Loing, vice president-product planning, tells WardsAuto at a Rogue media event here. “It will be for the very price-sensitive customers.”

Nissan also is counting on the Rogue helping it grab a bigger slice of an expanding segment.

“It’s one of the fastest-growing segments in the industry and will continue to grow,” says Scott Shirley, Nissan's chief marketing manager in the U.S.

Shirley says Nissan decided to continue building the outgoing Rogue after noticing prices in the segment were on the rise, driving some customers away. The Rogue Select will be offered only in the base S trim level, with details on optional equipment to be announced later.

Although Nissan hasn’t revealed expected volumes, Loing says the Rogue Select should account for 10%-15% of total Rogue sales in the U.S.

The Rogue Select will be built at Nissan’s assembly plant in Kyushu, Japan, while the all-new ’14 model is being produced at the automaker’s Smyrna, TN, facility.

“There’s no issue at all with production, because it’s easy to keep the previous generation running in Kyushu without any impact on the new one in Smyrna,” Loing says.

Nissan doesn’t plan on investing much in marketing the Rogue Select.

Loing says dealers are enthusiastic about the Rogue Select and are confident the strategy will be successful.

Rogue “has a very loyal base of customers,” he says. “I’m not worried about (the Select) cannibalizing sales of the new generation, because the new one is so much better it will fly independently. It was an opportunity we discussed with dealers, and they were very optimistic about it.”