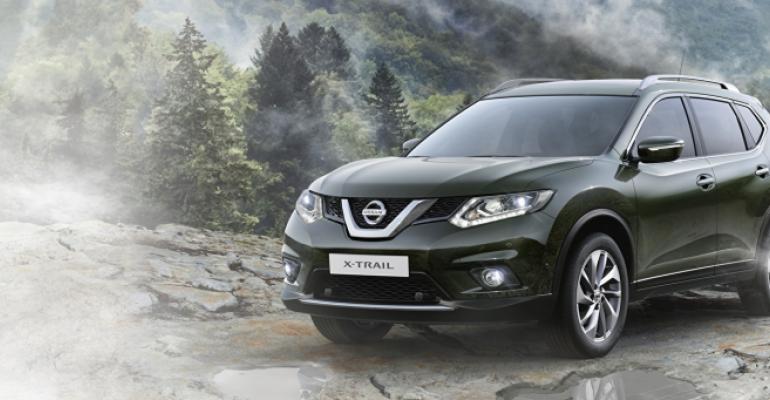 Nissan last fall launched production of a hybrid version of its fourth-generation Pathfinder CUV at St. Petersburg, making the plant the first in Russia to build a hybrid engine.

ST. PETERSBURG – Nissan marks expansion of its Russian factory capacity by launching production of a new version of the X-Trail SUV here.

The automaker later this year will begin building a new version of the popular Qashqai CUV at its St. Petersburg plant, where capacity eventually will reach 100,000 units a year. A significant portion of the €167 million ($193 million) investment was earmarked for new stamping and plastic parts-making operations.

Nissan last fall launched production of a hybrid version of its fourth-generation Pathfinder CUV at St. Petersburg, making the plant the first in Russia to build a hybrid engine, the automaker says. The facility also manufactures the Teana and Murano, and will account for 90% of Nissan’s Russia production by 2016.

The automaker also is developing a 160-acre (65-ha) industrial park for suppliers near the plant.  The first is Yunipres Rus, a subsidiary of Japanese manufacturer Unipres, which in September launched construction of a plant that will produce side members, crossmembers, body sills and other primary body structures.

Nissan is in talks with more than 50 other Japanese parts makers about locating in the industrial park.

Nissan invested €173 million ($200 million) in the St. Petersburg plant, which opened in June 2009 on a 408-acre (165-ha) site near the village of Kamenka. The plant currently employs 2,266 workers and the capacity expansion will create 1,500 additional jobs, the automaker says. Production is about 20 cars per hour.

Despite Russia’s faltering economy, Nissan this year intends to maintain the sales volume of 155,000 Nissan, Infiniti and Datsun units achieved in 2014. Its share of the world’s fifth-largest auto market was 6.5% last year, up from 5.3% in 2013.

Nissan is targeting a 16% share of the Russian market by 2016. To grow both sales and share, the automaker plans to expand production capacities elsewhere in the country, including the Izhevsk plant jointly operated with Renault and local automaker AvtoVAZ, its long-term partners in Russia.