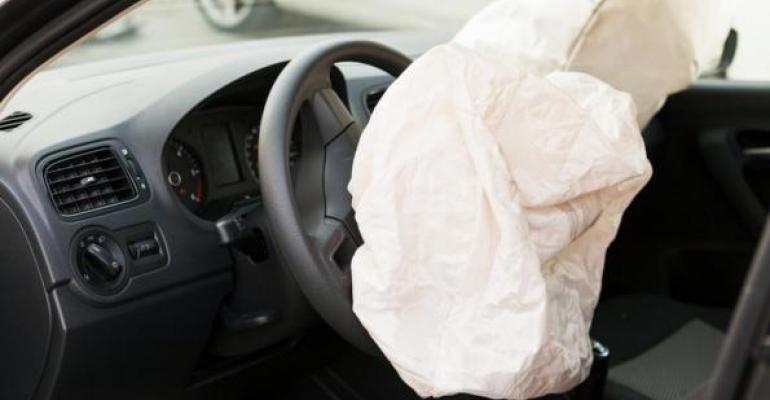 Consumer Affairs Minister Kris Faafoi says the new recall is focused on Alpha-type Takata airbags because they present the highest safety risk to drivers and passengers.

The recall is only the second enacted in New Zealand and requires Alpha-type airbags to be replaced by December 2019.

Consumer Affairs Minister Kris Faafoi says the new recall is focused on Alpha-type Takata airbags because they present the highest safety risk to drivers and passengers.

Alpha airbag inflators pose a significantly higher risk of misdeploying in an accident and sending fragments toward vehicle occupants.

“The motor vehicle industry has recalled vehicles with the Takata airbags with varying degrees of success, but more must be done to ensure that the highest risk Alpha-type airbags are removed from our vehicle fleet,” Faafoi says in a statement.

The NZ Transport Agency is introducing measures to stop the importation of used vehicles with affected airbags that have not been replaced.

“We now have an agreed timeframe for replacements of alpha-type airbags and, after a 40-working-day grace period for vehicles already in transit, no affected new or used vehicles will be able to enter into New Zealand,” Faafoi says.

A voluntary recall of vehicles with affected Takata airbags started in New Zealand in 2013, but only about 29,000 of the Alpha-type airbags have been replaced.

Some 257,000 vehicles with non-Alpha Takata airbags are subject to recall, with another 116,000 non-Alpha airbags already replaced. A total of more than 450,000 vehicles are known to be affected by Alpha and non-Alpha recalls in New Zealand.

“While I have been reassured by officials that the risk in New Zealand is comparably low – airbags are more of a concern in humid countries with extremes of temperature – I am not willing to allow any risk to remain while we can remove it,” Faafoi says.

He says the issue is exacerbated by used-vehicle importers who continue to import vehicles sourced from countries where recalls have not been closed out. Mostly these vehicles have proceeded through import compliance without checking and then sold to unsuspecting consumers.

It then is left up to New Zealand distributors to try to identify these vehicles and conduct a recall.