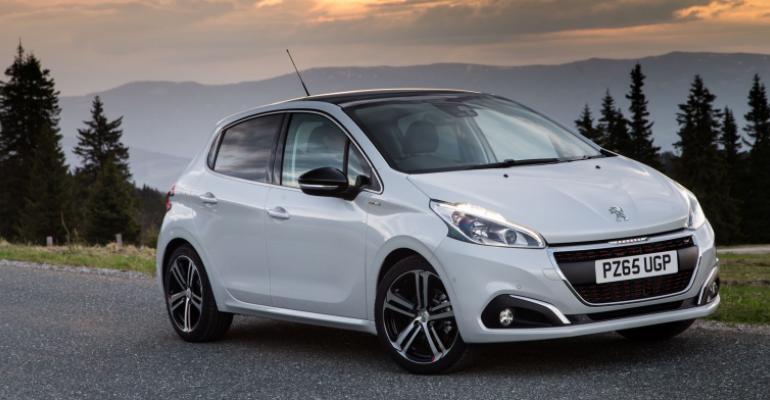 CEO Carlos Tavares announces the Vigo plant will be awarded the next generation of the Peugeot 208 to be built exclusively for Europe starting in 2019. PSA currently builds the B-segment minicar in Poissy, France, and Trnava, Slovakia. &nbsp;

MADRID – French automaker PSA Peugeot Citroen will invest €700 million ($790 million) in Spain from now to 2020, with most of the spending earmarked for two models to be assembled at its Vigo facility.

CEO Carlos Tavares, visiting PSA plants in Spain and Portugal, says the investment is part of the automaker’s “Push to Pass 2020” program.

Tavares’s first stop was at the Madrid plant where the Citroen C4 Cactus is assembled for the European market. He declines comment on speculation that plant later this year could be awarded an additional version of the C4 Cactus codenamed F3.

At the Vigo facility on the Atlantic coast in Northwest Spain, Tavares announces the plant will be awarded the next generation of the Peugeot 208 exclusively for Europe starting in 2019. Annual production is forecasted to reach 200,000 units within four years.

The B-segment minicar currently is assembled at PSA plants in Poissy, France, and Trnava, Slovakia. Sources say the same model also could be produced in China by PSA’s joint venture with local automaker Dongfeng, and possibly in Brazil for Latin America if that country’s economy recovers.

Vigo earlier was awarded the K9 – the new generation of the Citroen Berlingo and Peugeot Partner light-commercial vehicle – and will assemble it starting in 2018.

Under Tavares’s “Push and Pass 2020” plan, however, only two of the 34 new models PSA plans to launch by the end of the decade will be awarded to Spain. Of those, 26 will be cars, seven LCVs and a pickup likely to be assembled in collaboration with Toyota.

The French and Japanese automakers already are collaborating on production of an MPV in facilities near Nice, France, that had belonged to a joint venture called Sevel North. That JV between PSA and Fiat assembled Fiat Scudo vans, the Citroen Jumpy and Peugeot Expert LCV ranges and Citroen C8 and Peugeot 807 MPVs.

Fiat in 2011 told PSA it would not renew the agreement expiring in 2017. The Italian automaker says the next-generation Scudo will be built in collaboration with Renault.

Toyota contacted PSA and asked for its own version of the next-generation Jumpy and Expert to be marketed as the ProAce. With annual production of the van slated at 80,000 units, the Sevel North facilities should have the capacity to assemble a Toyota- and PSA-developed pickup.

Tavares finished his visit at the Mangualde factory in Portugal, a small facility under Vigo management and run as a complement to that plant.