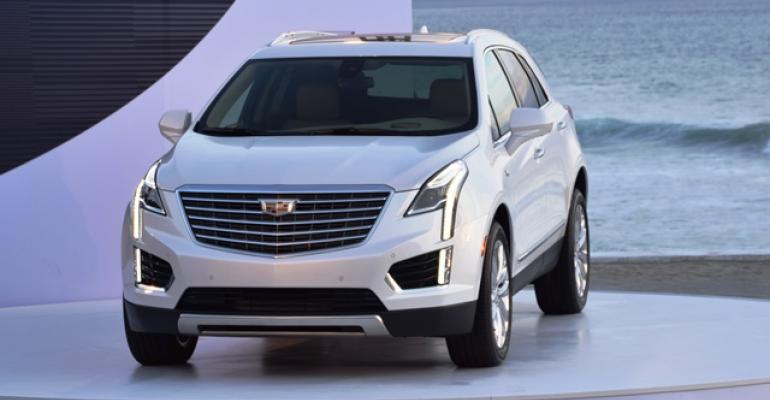 Johan de Nysschen is upbeat about rising transaction prices for Cadillac, and he defends the new alphanumeric nomenclature. To a 30-year-old luxury brand intender in China, the names Eldorado and Coupe de Ville mean &ldquo;absolutely zero,&rdquo; he says.

DANA POINT, CA – It’s been 18 months since Cadillac announced a new alphanumeric nomenclature would arrive with the all-new CT6 flagship sedan and eventually be stamped on the brand’s other vehicles as they are redesigned.

But the subject must be a prickly one for Cadillac historians, or for those who assume the names Eldorado and Coupe de Ville are all that’s needed to restore the brand to its iconic stature from decades ago.

Why else would Johan de Nysschen, Cadillac’s global president, talk for several minutes about the new nomenclature, as if to defend it, while reporting on the status of the brand at the media launch of the new XT5 midsize CUV?

“I don’t claim that it is stunningly creative,” de Nysschen says of the new naming convention. All sedans, coupes and convertibles will begin with “CT,” which stands for Cadillac Touring, followed by a number that positions the vehicle within the brand hierarchy. The CT6 goes on sale this month. Dealers wanted the new names.

Car-based CUVs, such as the outgoing SRX, now will begin with “XT,” which stands for Crossover Touring, followed once again by a number positioning the vehicle within the portfolio. The truck-based Escalade, which leads the Large Luxury SUV segment in the U.S., is the only Cadillac that will keep its current name.

“Alphabet soup is one of the characteristics now of the luxury market,” says de Nysschen, adding that Cadillac has a better shot at success overseas with a nomenclature that is logical and easily understood.

“And we know that on a global basis, luxury-brand consumers like to know the hierarchy of things,” he says. “They cannot figure out the hierarchy if we use names.”

De Nysschen says he feels “emotional tugs at my heartstrings when I hear names like the Eldorado and Coupe de Ville. But I will tell you, to a 30-year-old luxury brand intender in China, it means absolutely zero.”

Nudging Cadillac along this path is the fact that other large luxury brands, particularly BMW, Mercedes and Audi, applied this philosophy to their vehicle names years ago and continue adapting them. De Nysschen led a similar conversion at Infiniti.

More important, he points to the future: Cadillac plans to launch 11 new vehicles by 2020 (expect more XTs smaller and larger than the new XT5). “If you go on a product offensive on the scale that I’ve just described, it’s not easy to find names that are relevant.”

By some standards, Cadillac is struggling. The ATS and CTS sedans are sorely lagging their German competitors, and both BMW and Mercedes outsold Cadillac by a wide margin in 2015. And Cadillac’s most successful vehicle, the SRX, is being renamed – a risky move.

Still, de Nysschen is upbeat, and he says people should not measure Cadillac by the number of vehicles sold each month.

“People say Cadillac sales are terrible in the U.S., and business must be so bad,” he says. “Let me tell you, business is going very nicely, thank you.”

Of course, sales are important. “But sales we gain must be sales that were earned the hard way – not bought with incentives,” he says.

Digging into the numbers, de Nysschen is positively ebullient about what Cadillac has accomplished: Incentives are down and dealer profitability is up, as are transaction prices. Inventories have dropped from 134 days’ supply to 48, “just the right level for a luxury brand,” he says.

Cadillac’s overall transaction prices grew more than $5,000 in 2015, placing it No.2 behind Mercedes. “Our transaction prices are about $10,000 higher than Lexus. It’s a different customer that buys Cadillac – far more affluent,” de Nysschen says.

When people say Cadillac owes its success to the Escalade, “my first answer is, ‘So what?’ We’re proud of Escalade. It’s a fabulous automobile.”

Meanwhile, he says transaction prices for the slow-selling CTS and ATS are up $8,000 and $2,000, respectively. “We would rather settle for selling fewer than giving them away,” de Nysschen says. “That’s the way it works.”

The upward trend continued through February, he says. “We are totally disciplined in our approach to the market. It’s quality of the customer experience, quality of the vehicle and quality of the business. When you are building a solid foundation from which to grow into the future, then you have potential for sustainable growth.”