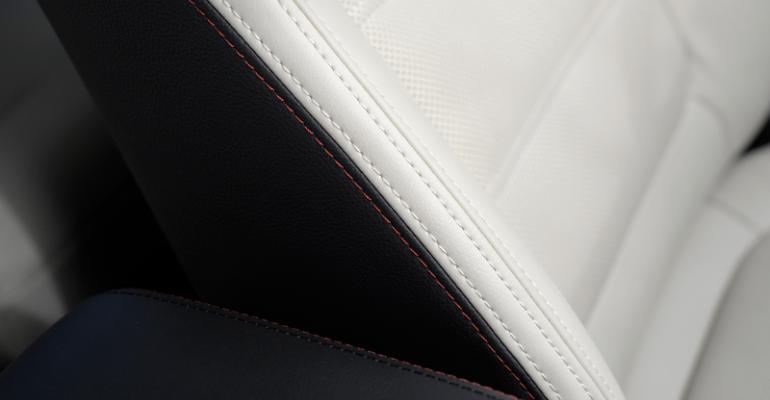 In recent years, consumers have been pushing auto makers to create ever-more luxurious cabins in their cars and light trucks, but the cost of doing so, and the materials available, didn't always mesh.

But thanks to several innovations and new ways of looking at interior design, auto makers now are able to achieve the look they want and increasingly at the price they want, say supplier and OEM panel members.

Better materials and processes, so "when you open the door and look in you get that impression that this is a quality product," are key in wooing today's new-car buyer, says Karl Henn, director-Lear Seating Systems Research & Development Group.

Suppliers are getting better at developing vehicle leathers with the same matte look and soft tactile quality as those found in consumer goods, he says.

"It creates essentially one bonded material out of multiple materials," Henn tells WardsAuto following his presentation at the conference today.

About a decade ago, bonding fell out of favor with seating suppliers as flaws, such as wrinkles, still were common. Imperfect pieces were discarded and the cost became prohibitive, Henn says.

Lear spent nearly five years trying to eliminate issues with bonding, some of which were "extremely complicated," he says, due to inherent factors in materials such as defects in cow skin.

Henn doesn't delve into detail of how the supplier was able to overcome bonding hurdles, but says the adhesive Lear uses in its Crafted Comfort Connect process is guaranteed to last throughout the vehicle's life time.

As with most automotive innovations, Lear's Comfort Connect seats are appearing first in high-end luxury models, including Ferrari's LaFerrari model and BMW's M3 CRT. But as the supplier learns more about the process, such as how much heating variation is acceptable, the process will become less costly and more suited for mass-market models.

Henn estimates Lear right now could produce Comfort Connect seats for a 40,000-50,000-volume model and in two to three years' time will be ready to tackle a 400,000-unit vehicle.

Soft-touch materials continue to take the place of hard plastic in interiors, and decorative stitching as a design element is growing, says Mike Jary, engineering manager-advanced development for Inteva.

To get that look in the past, auto makers either had to pony up for the real-deal, cut-and-sew wrapping of leather or thermoplastic olefin (TPO), a process that can take up to one to two hours and requires great precision. Or they could settle for press-bonding stitching, which gives a simulated stitched grain but is monochromatic and oftentimes looks fake.

Inteva won the 2012 Society of Plastics' Engineers' grand award for an all-olefin instrument panel using contour live stitching in the '13 Chevrolet Traverse, GMC Acadia and Buick Enclave cross/utility vehicles.  At the time, Inteva said the cost of all-olefin IPs with live stitching was half that of traditional cut-and-sew.

As a designer for Mazda, Julien Montousse isn't concerned as much with the glue-and-foam construction of an interior, but rather the feel it gives drivers and passengers. Mazda designers' No.1 goal, to "give you the pleasure of driving," lends itself to an interior that feels high-end and luxurious, he says.

Mazda is working to "detach the cockpit feeling away from the dashboard," letting the cockpit "breathe" and have its own identity, Montousse adds.

Mazda’s Shinari concept car from 2010, which ushered in the auto maker's current Kodo design language, exemplifies the cockpit-freedom theme, aided by the lack of a center stack, which provides a more driver-centered point of view.

In production models, including the new Mazda6, winner of a 2013 Ward's 10 Best Interiors award, the Japanese brand is striving to use more authentic, high-quality pieces.

Montousse notes the Mazda6's real stitching and real aluminum, "not plastic-yellow" fake aluminum, are ways the auto maker has stepped up its game.