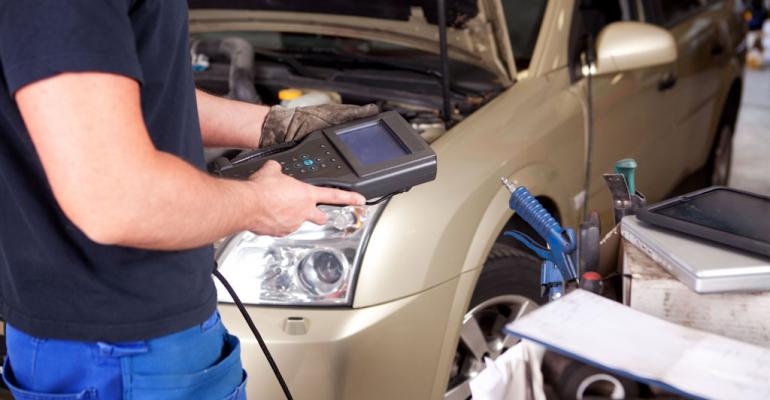 The ACEA industry group warns the timetable for imposing new limits on nitrogen-oxide emissions may not give them enough time to re-engineer certain diesel models, forcing off the road an engine type that emits less carbon dioxide than its gasoline counterpart.

BRUSSELS – Europe’s automakers are warning that the new real-driving-emissions (RDE) test outlined by a European Union technical committee and endorsed by EU member states could force some diesel vehicles off the road starting less than two years from now.

The EU’s Technical Committee on Motor Vehicles voted Oct. 28 to support a proposal by the European Commission, the EU’s executive branch, to use portable emissions-measurement systems rather than laboratory tests to check tailpipe nitrogen oxide emissions.

But the draft regulation adds new “not-to-exceed” limits to the 80 mg/km limit set for NOx in 2007 regardless of which test is used. The not-to-exceed limits, also known as the conformity factor, are a tolerance between real tailpipe-emissions levels and the maximums set in 2007.

Despite the much-criticized conformity factor, which has led to the European Parliament threatening to block the launch of the new tests, the ACEA association of European automakers has said the new limits still will be tough to achieve.

In a communiqué, it says the limits “will be extremely difficult for automobile manufacturers to reach in a short space of time. As a direct consequence, a substantial number of diesel models will have to be phased out earlier than planned.”

Asked for details on the cars that would be affected, an ACEA spokesperson tells WardsAuto: “The phase-out of diesel models could either affect Euro 6 (emissons-levels-compliant) models that are already being sold in the market and whose production lifecycle would have been expected to go beyond 2017/2019 when RDE now commences.

“Manufacturers will have to review if it is feasible and worthwhile to adapt these vehicles to meet the new requirements, or rather if the production cycle will have to be ended earlier.”

The new limits could affect not only vehicles already on sale, but also those in the planning phase for the 2017-2019 timeframe, the spokesperson says: Plans for these vehicles will have to be revisited, contracts with suppliers may have to be renegotiated or possibly the vehicles could be withdrawn from the planning.”

Before the EC can adopt the RDE regulation it has to gain clearance from the European Parliament, the EU’s elected assembly, and the Council of Ministers (representing member states) under a 3-month review process.

The Commission sent the two bodies the draft regulation, written in English only, on Oct. 30, a spokeswoman says, but the clock will not start ticking on the 3-month deadline for a response until mid-November when it’s been handed over in all 24 EU languages.

Upset at the tolerance limits, the parliament’s Green/European Free Alliance group plans a motion to veto the RDE law and expects backing from other political groups, a spokesman says.

The parliament already adopted a motion critical of the RDE on Oct. 27, but it would need a majority affirmative vote in the parliament’s key environment, public health and food-safety committee to block the tests.

If that motion fails then the EC is free to adopt the regulation unless the Council approves a veto, which is unlikely since member states already gave RDE the thumbs-up in the technical committee. If the committee backs a veto then the full parliament also must vote on the motion, which if approved would force the EC to redraft the law.

The EC will get a hint which way the lawmakers likely will vote on the planned veto when the committee grills officials on the draft RDE at its meeting Tuesday.

ACEA also warns the tougher test could hurt Europe’s ability to meet its goals in fighting climate change, notably to cut greenhouse-gas emissions, particularly tailpipe carbon dioxide, which the industry group’s spokesperson calls “the most stringent targets for CO2 emissions from passenger cars in the world.”

He adds: “The European automobile industry’s success in reducing CO2 emissions has been, to a greater extent, dependent on higher sales of cars with diesel engines, since they emit 15%-20% less CO2 on average than comparable (gasoline) engines. Diesel vehicles are therefore a crucial part of the vehicle portfolio of each manufacturer to help them achieve the CO2 fleet average target of 95g CO2/km set by EU regulators (for 2020).

“Any limitation on diesel vehicles would have severe consequences for all manufacturers in being able to achieve that CO2 target, or any post-2021 targets.”

And if the new test makes new, so-called clean diesel vehicles unaffordable, it could boost the market for older, less-effective diesels, he warns.

But EU lawmakers may give short shrift to any demands to ease CO2 emissions compliance to offset tighter diesel standards, especially following Volkswagen’s admission in September it cheated on those tests in the U.S.

Peter Cooke, professor emeritus at the U.K.’s University of Buckingham Centre for Automotive Management, suggests the concerns voiced by both industry and environmentalist interests might spark a welcome review.

“Given the issues emerging from VW, I just wonder if that might be used to justify a complete rethink of the whole issue?” Cooke tells WardsAuto. “The emissions tests have been under attack for some time now…and this might well be an opportunity to give the whole thing a shakeup as technology has moved forward a lot since the current tests were mooted.”

Automakers Not Sold on Revised EC Emissions Rules
May 27, 2015