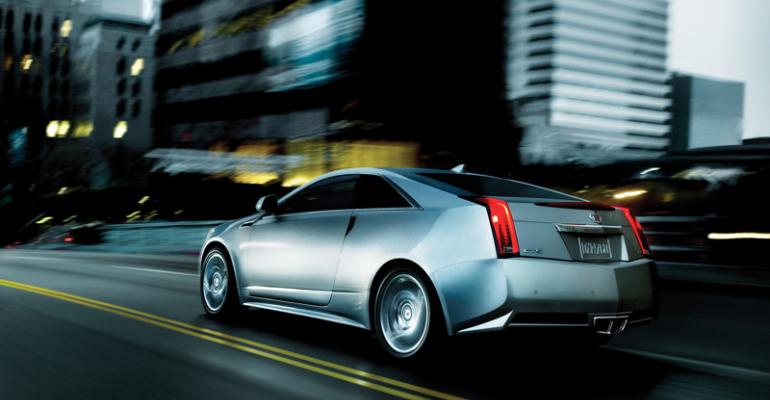 Dealers agree the ATS and XTS have helped sales for GM&rsquo;s premium brand, but are mixed about the upcoming ELR.

Butler also says a refreshed ’14 Escalade SUV will arrive in the fall but does not give a specific timeline. The two vehicles join a wave of new products from Cadillac, including the recently launched compact ATS sedan and the fullsize XTS sedan.

“We feel really good about our showroom plan and how we’re going forward,” Butler tells journalists, adding dealer response to a make meeting with executives here was positive.

“We haven’t got a plan yet,” Grant Irwin of Irwin Auto in Woodward, OK, tells WardsAuto, “We have not done well with Volt, but I think time will tell with (the ELR).”

Butler reiterates the ELR is not intended to be a volume seller for General Motors.

“It’s a luxury vehicle, so the volumes that we are planning for the ELR are nowhere near the volumes for Volt. It’s going to be an exclusive vehicle,” he says. “Not every dealer will be in a position to sell it, nor should they. But we want to make it available in those areas where we need to elevate and expand the brand.”

John Symes, president of Symes Automotive Group in Pasadena, CA, tells WardsAuto the ELR will be a halo car for the Cadillac brand.

“I don’t think we’ll have any problems selling every one we get, because it’ll be such a low-volume vehicle,” he says. “Also, I think we’ll benefit from the fact that some of the bugs were worked out on the Volt.”

Renovation programs for dealerships under the GM umbrella have not come without friction from some retailers, though controversy appears to have subsided for Cadillac dealers to some degree.

“We’re coming to the end of that debate, I think,” Symes says. “Most of the guys that want to remodel, remodel. I don’t think it’s going to continue to be a big issue.”

Symes criticizes Cadillac for being slow in developing new models, but says the recent launch of the ATS and XTS is filling two critical holes in the luxury-brand’s lineup.

“One of the things about new product is that I think it doesn’t come out of the chute as fast as it used to,” he says. “But we see the momentum building.”