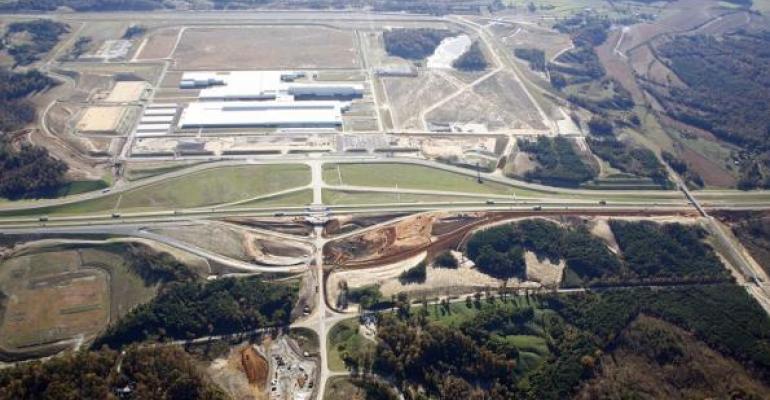 The new Corolla hatchback, assembled in Japan, goes on sale in the U.S. in July. Toyota has yet to reveal what the Mississippi-built next-gen Corolla sedan will look like.

Toyota says it will invest $170 million to update production lines at its Blue Springs, MS, vehicle-assembly plant for the forthcoming 12th generation Corolla, to be built on the automaker’s Toyota New Global Architecture (TNGA).

In a news release, Toyota says the investment will help update equipment and processes and create 400 new jobs at the plant over the next 12 months. According to its media site, Toyota says it employs “1,500 Mississippians” at the Blue Springs plant.

A company spokeswoman declines to say when the car will begin production, but Wards Intelligence data shows the next-generation Toyota compact sedan is expected to arrive next year as a ’20 model.

In the release, Toyota also says the $170 million will go toward an unspecified output increase. The plant opened in 2011 with assembly of the 10th-generation ’12 Corolla and has an annual capacity of 170,000 units.

Toyota has yet to reveal what the Mississippi-built next-gen Corolla sedan will look like.

Meanwhile, the Japanese automaker says it has invested more than $1 billion in the Blue Springs plant since 2007 and today’s announcement of the $170 million investment brings it closer (up to $4.27 billion) to its promise to invest $10 billion in U.S. facilities from 2017-2022.

Toyota made the investment announcement today during a groundbreaking for a new 15,000 sq.-ft. (1,394 sq.-m) visitor and workforce-training center at the Mississippi plant, slated to open in November 2019.

Like most compact cars in the U.S. under pressure from CUVs, Corolla sales have been trending down in recent years. Sales of the nearly 5-year-old 11th-generation Corolla fell 4.3% in Q1, while the outgoing Corolla iM hatchback was down 6.0%.

Production of the Corolla for the U.S. has been split between Blue Springs and a Toyota plant in Cambridge, ON, Canada. Beginning in 2021, a new joint-venture plant with Mazda in Huntsville, AL, also will assemble the car.