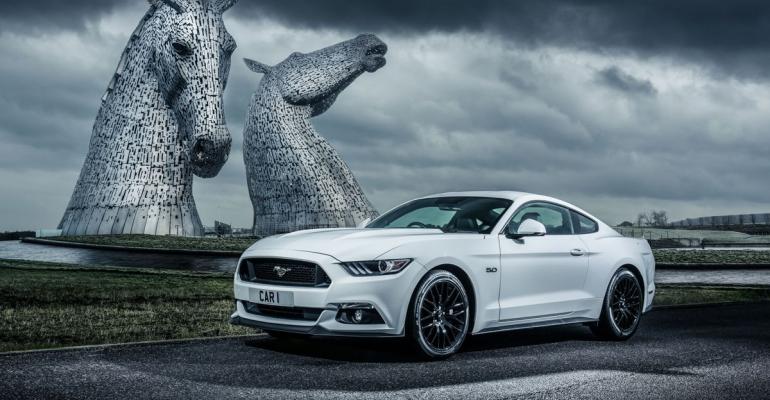 BRENTWOOD, U.K.  – The Ford Mustang has become the best-selling sports car in most European markets.

In its first full year of sales in Europe, customers ordered 15,335 Mustangs across the region, according to IHS Markit data.

Mustang is the best-selling sports car in France, Sweden, Poland, Czech Republic, Hungary, Romania, Finland, Greece and the U.K., where more than 4,500 Mustangs have been sold to date, including 3,250 in 2016.

“From the Arctic Circle to the Mediterranean, the Ford Mustang has topped the sports car sales charts in markets across Europe,” says Roelant de Waard, Ford of Europe vice-president, marketing, sales and service, noting 3,600 have been sold in the region during the first three months of 2017. “The iconic sports car’s popularity with drivers of all ages and backgrounds shows no sign of waning.”