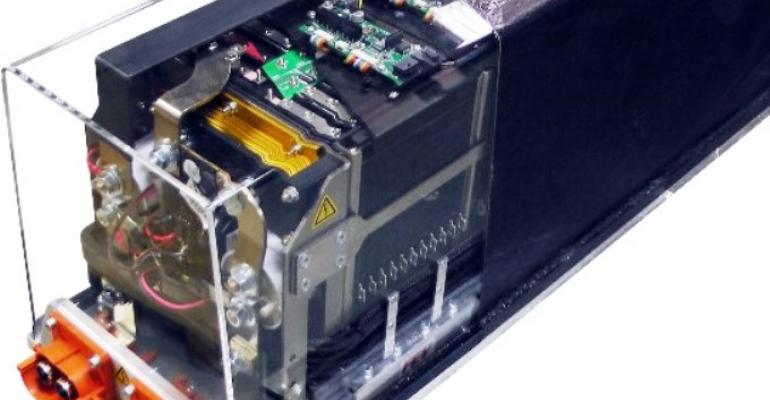 Move From Silicon Valley to Detroit Pays Off for Engineering Firm

AUBURN HILLS, MI – Abandoning Palo Alto, CA, for suburban Detroit was a controversial move in 1987, but FEV North America hasn’t looked back as it has grown to become a major player in vehicle and powertrain engineering that also has developed everything from weed-whackers to ship engines and wind turbine gearsets.

The company employs more than 450 engineers and technical experts at the facility.

“We are extremely proud of how far we have come,” says FEV North America CEO Patrick Hupperich.

A variety of projects the company has been involved with were on display, from the BMW i8 plug-in hybrid to the world’s most powerful outboard boat motor.

A connecting rod that enables variable engine compression ratios; battery-management systems that can be incorporated into electric and hybrid vehicles; and FEVcom, an integrated system that almost eliminates vibration, allowing a small range-extender gasoline engine to operate nearly as smoothly as the electric powertrain that it supplements are among the new concepts the supplier is touting.

Franz Pischinger, founder of FEV’s Aachen, Germany-based parent, tells the audience the toughest part of the transition 28 years ago was persuading employees to relocate from sunny California to snowy Michigan.

But once the company moved to the Detroit area, he says it quickly became involved with powertrain engineering projects with customers such as Chrysler and GM. Since then it has played a major role in the development of many of the most recent engine technologies that have enabled significant downsizing, contributing to improved fuel economy and reduced emissions.

In addition to engineering components for hybrid-electric vehicles and other alternative powertrains, FEV acquired DGE several years ago, expanding its expertise in the area of infotainment, telematics and the connected vehicle market.