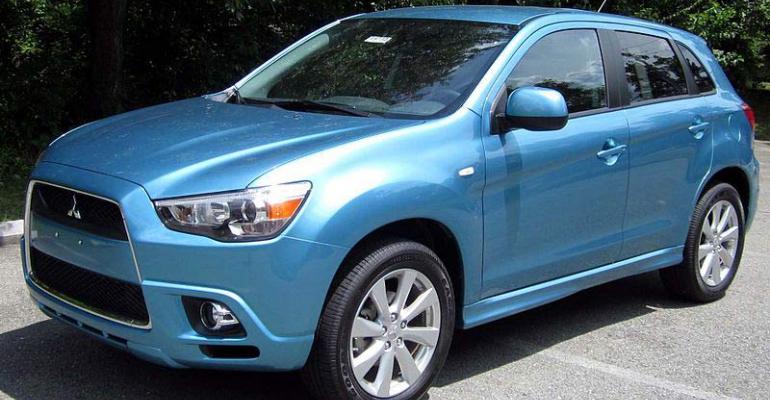 ORLANDO, FL – Mitsubishi executives and dealers admit the brand has hit bottom in the U.S. but vow not to travel down the same path as Suzuki, another troubled Asian auto maker that was forced to quit the American market.

Dealers are looking forward to this year’s arrivals of a refreshed-for-’14 Outlander cross/utility vehicle and a yet-to-be-named subcompact, as well as a plug-in hybrid version of the Outlander next year. More products are coming, “but they’re not prepared to tell us yet,” one dealer says.

“I think in the past there wasn’t a lot to talk about, but we’re just feeling the hints (that) there is going to be more product to replace the cars that we lost,” Robert Hill, owner of R.C. Hill Mitsubishi in Deland, FL, tells reporters here at the National Automobile Dealers Assn. conference.

Mitsubishi North America Chairman Gayu Uesugi, who assumed the post in November, assures dealers during a make meeting that the auto maker’s commitment to its plant in Normal, IL, and the forthcoming products mean it intends to keep doing business in the U.S., Hill says.

Production of the Endeavor CUV and the long-running Eclipse coupe and Galant sedan ended in recent years, delivering blow after blow to dealers. The electrified “i” car was expected to help turn around the auto maker’s fortunes, dealers say, but has been a slow seller so far.

“It’s a phenomenal product,” Hill says. ”This month, we’ve seen a big increase in sales, so I think people are starting to discover the car.

“It was encouraging that Mitsubishi clearly understands where the dealers are, and it sounds like they have a plan. It’s clear that the dealers expressed concerns. We’re looking for product, and we think we’ve got product coming.”

Roger Yasukawa, manager-product communications for Mitsubishi, says the new subcompact, called the Mirage in other markets, debuts at next month’s New York auto show. The name of the vehicle will be revealed there.

Mitsubishi is refocusing attention on the Outlander and Outlander Sport, including a premium trim to attract upscale buyers and a 30th-anniversary edition to mark the auto maker’s three decades in the U.S. The refreshed CUV arrives in July.

“We would like to see a quick turnaround, but we’re going through a transitional period,” Yasukawa tells reporters. “This year, we’re coming back very strong within the next 12 months. We’re obviously intending to increase our marketing budget so our brand awareness will increase.”

The Outlander plug-in hybrid-electric vehicle already is on sale in Japan and has been well-received there, Yasukawa says. As for offering a fullsize SUV or larger CUV, “We’re looking into it. There’s not a concrete timeframe as to when it’s going to be launched,” he says.

No discussion about replacing the Eclipse with a similar sport-oriented model arises during the make meeting.

Yasukawa says Mitsubishi would not rule out partnering with another auto maker for long-term survival in the U.S., but does not say whether any such discussions are happening: “If there’s a right opportunity, I’m sure there will be consideration, but right now there’s nothing firm and concrete.”