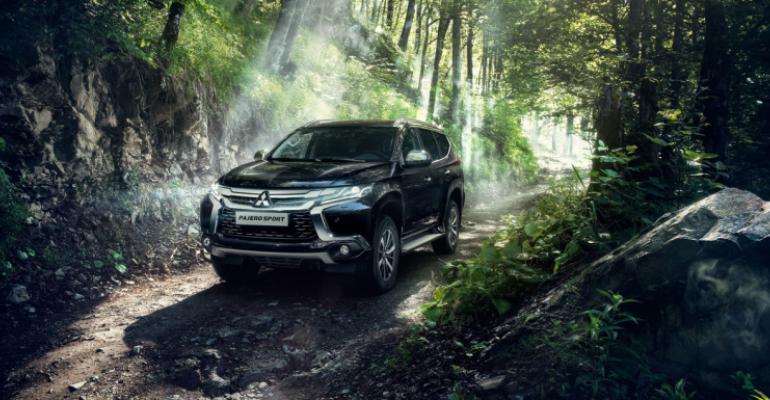 Mitsubishi Banking on CUVs to Aid in Russia Recovery

The automaker is focusing its Russia strategy on an upcoming new version of its Outlander and a new, diesel-powered Pajero Sport,&nbsp; which combine for 80% of Mitsubishi sales in a market where CUVs are among the few bright spots.

The Japanese automaker’s struggles were acute last year in Russia’s stagnant auto market, where sales plunged 53% to 16,769 and market share slipped from 2.2% to 1.2%.

Mitsubishi, which turns 100 years old this year, also is trying to recover from the 2016 scandal involving inflated claims of fuel economy for 625,000 units of four models of minicars, two of which were built for Nissan.

The scandal ended a decade of profitability for Mitsubishi, but Nissan CEO Carlos Ghosn retained enough faith in his company’s smaller rival to spend ¥237 billion ($2.3 billion) on a 34% equity stake in Mitsubishi. The October deal was meant to produce cost-saving synergies and engineer a product-development strategy on Mitsubishi’s behalf.

The automaker is focusing its Russia strategy on an upcoming new version of its Outlander and a new, diesel-powered Pajero Sport, which combine for 80% of Mitsubishi sales in the country. The two CUVs already are popular in Russia, where utility vehicles are one of the few profitable segments.

Mitsubishi hopes the new models will raise its market share to 2% by year-end, while Naoya Nakamura, president and CEO of the automaker’s Russian subsidiary, says the company is targeting is the 4%-4.5% share of the Russian market it held in 2013 before the mileage scandal broke.

With 11,209 deliveries, the Outlander accounted for roughly two-thirds of all Mitsubishi sales in Russia last year. The model is produced at a Kaluga plant run as a joint venture by Mitsubishi and French automaker PSA Group but is highly underutilized; capacity is 125,000 units but only 17,400 were built during the first 11 months of 2016.

Assemblies were suspended in December for the winter holidays, and part-time operations resumed several weeks ago.