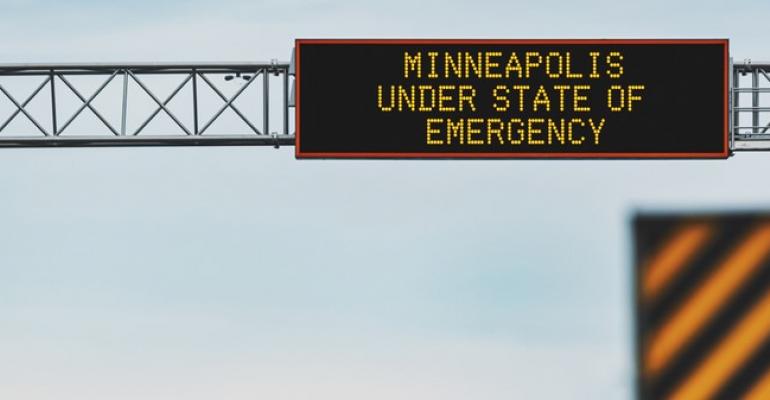 Getty Images
“Given what we all witnessed online and on TV, it may be surprising that the Minneapolis market fell back only 4 percentage points from the week prior,” Jominy says.
Industry News

Most metro markets did well. One in particular didn’t.

Since March, J.D. Power has reported weekly on how COVID-19 has hurt vehicle sales in certain major U.S. markets.

But the company’s latest (and final) report on the issue included for the first time Minneapolis. Vehicle sales there were off 29% for the last week in May compared with pre-virus forecasts.

“It was one of the few markets that fell backwards,” says Tyson Jominy, J.D. Power’s vice president-data and analytics. It fell more than any other.

That decline appears less attributable to COVID-19 and more to the city’s unrest sparked by the Memorial Day death of a black man during a police arrest. Public reaction was visceral. Street protests began in Minneapolis, then went national and global.

“Given what we all witnessed online and on TV, it may be surprising that the Minneapolis market fell back only 4 percentage points from the week prior against pre-virus forecast,” Jominy says, describing the city’s car market as normally “dynamic.”

Most (173 out of 210) U.S. auto markets advanced last week, with all the big ones posting gains. In this case, those are measured by how far they’ve climbed out of the hole. Its deepest point was in late March and April, when auto sales were utterly dismal.

Retail sales in the Los Angeles and San Francisco markets improved significantly for the last week in May.

Detroit (-14%) and New York (-20%) did relatively well in contrast to earlier weeks when auto sales all but stalled because of strict state stay-at-home orders that barred in-dealership vehicle sales.

“New York has every week climbed up from near-zero sales in the last week of March,” Jominy says.

Numerical goose eggs usually are bad when it comes to auto sales. But not this time. Everything’s relative. So, of the major markets in the last week of May, Tampa outdid others, posting 0% when actual retail sales are compared with J.D. Power’s pre-virus forecast.

All others were sub-zero. Dallas was second-best at -4%. A strong pickup truck market, the Texas city benefited from automakers lathering on light-truck incentives featuring zero-percent financing, long-term loans and deferred payments.

Jominy in part attributes the relatively strong end-of-month national auto sales to “many consumers and dealers working to wrap up deals before the June 1 expiration of unprecedented incentives.”

The automaker incentives, intended to kick-start sales, did their job during extraordinary times, but it would be bad for business if they went on too long, says Thomas King, J.D. Power’s president-data and analytics and chief product officer.

“For the health of the industry, it is good manufacturers are scaling back on incentives,” he says. “It was an appropriate response (to tanking auto sales). Incentives helped the industry and dealers. But selling vehicles at a loss is not a sustainable business model.”

Unwinding incentives may slow down sales, but “all things considered, we’re moving in the right direction,” King says of the industry’s outlook.